Timbaland & V. Bozeman Give Us Reason To ‘Smile’ 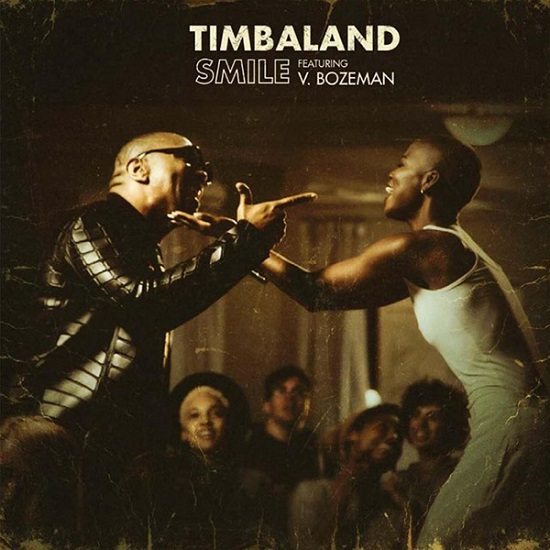 It seems that Timbaland has his hands full as of late, what with him announcing that he has unreleased Aaliyah tracks that will soon debut, serving as musical director for FOX's runaway hit Empire and readying the debut album of his lauded protégé Tink. But if you think that he's forgotten his much hyped (mainly by him) Opera Noir project, you'd be mistaken.

He teams with Mosley Music Group signee V. Bozeman — whom Timbo also, thankfully, hasn't forgotten about — for what looks to be the project's first official single, "Smile." Despite the ominous and dramatic title of the album, "Smile" is a happy-go-lucky slice of R&B filled with bright piano, strings, Tim's signature drum production and vocal samples instantly putting the listener in a good mood. Adding to that is V. Bozeman's vocal contribution, her warm and sunny voice brightening this track from beginning. It also makes Timbo's slightly gravelly Auto-Tuned growl more palatable as it gives it something beautiful and delicate with which to contrast. Lyrically speaking, the loving feeling is extended, with the twosome waxing romantic and hopeful about how each other's smile is the thing that gets through the good and bad times.

Given today's climate, one doesn't necessarily see this one burning up the charts, but it is a good introduction to the project, though there hasn't been an announcement as to when we can expect it. While we wait on that to come, take a listen to the uplifting track below.


TAGS:  aaliyah, audio, Empire, timbaland, Tink, V. Bozeman
Previous: Frenchie Davis Is Ready To Break Out With ‘Stand (By Me)’ Next: SoulBounce’s Top 30 Janet Jackson Singles: #19 ‘What’s It Gonna Be?!’