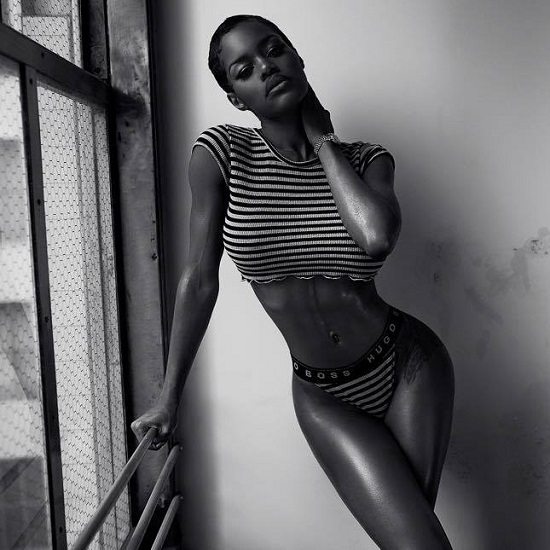 Teyana Taylor went and released one of the best mainstream R&B albums in years with VII. Unfortunately, it remains criminally underrated and unheard by the public. But that hasn't slowed Teyana's roll one bit. The singer, who's currently on the road on the One Hell Of A Nite Tour with her bros Chris Brown and Omarion, just dropped a gift for R&B lovers in the form of her new mixtape, The Cassette Tape 1994.

Featuring production from Kanye West, Da Internz, J.R. Rotem and others, the five-track set finds Teyana mining the sounds of '90s hits like "Poison," "Swing My Way" and "Anniversary" and creating modern sounding gems. However, while the '90s is most definitely the order du jour here, it's the set's '80s-leaning lead track "Your Wish" that is the real stunner. Produced by Kanye, the track is a summer-ready groove meant to be bumped in Jeeps. Teyana's slightly raspy voice flows over the throwback production that's reminiscent of a Loose Ends record. Of course, the other tracks on the set —"Tonight," "Who's Gonna Make It Home" (which features her boyfriend Iman Shumpert) "Undercover" and "Touch Me" — are definitely worth a listen as well.

Stream The Cassette Tape 1994 right here and make sure you grab the free download of the mixtape as well.