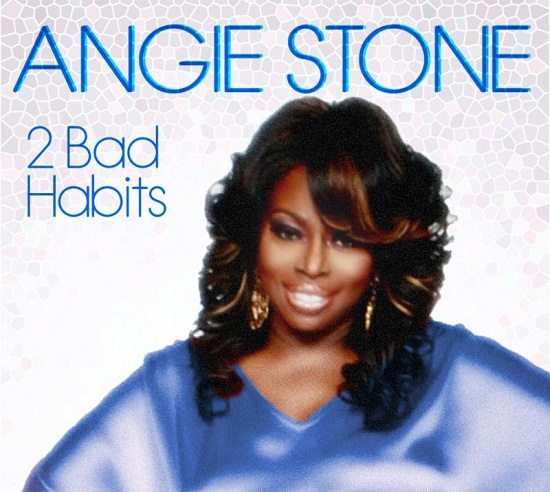 Outside of her recent contribution to the posthumous Teddy Pendergrass duets project, we haven't heard much musically from Angie Stone in a while. That's set to change this fall, however, with the release of the singer's new album, Dream, which arrives this November. But before we get the main event, Angie is giving us a preview with her new single "2 Bad Habits."

The song finds Angie revisiting her soulful roots, with an airy arrangement of strings, piano and rhythm guitar balanced by a strong bassline to create a mid-tempo R&B jam. Then there's Angie herself, who's in fine voice as she lays out some of her worst habits that she can't seem to kick. One of them is a bit worse than the other ones, though: she just can't seem to get enough of the man she loves. It's a fairly decent showing for the music veteran, though it probably won't do a lot to restore her to the heights her career once had. That's because it doesn't do much to differentiate itself from the other urban adult contemporary offerings from other veterans finding their footing in the music world again. Still, it is enough to get us interested in what Angie will bring to the table with Dream.

You can listen to "2 Bad Habits" below and comment to let us know if you think it's a habit worth picking up.