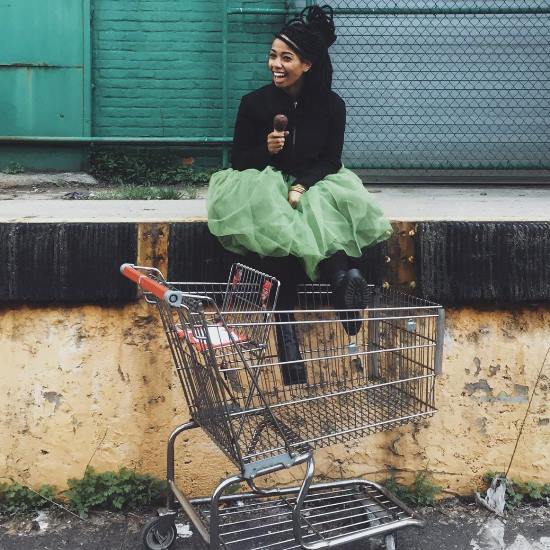 Indie darling Jennah Bell has spent the last few months refining her impending project Anatomy. So a few weeks ago when she revealed that a single would be forthcoming, we knew it would be something special. The Cali-bred, New York-based singer/songwriter delivered in a major way with a folksy confection called "Candied Daylight."

Quintessentially, this track provides a blissful form of aural escapism cloaked in nostalgic familiarity. Ms. Bell's cotton candy vocals are sweet, yes, but there's an underlying complexity that proves her delivery is more substance than fluff. Nestled in a swaying hammock of dreamy synth, plucky guitars and carefree bass lines, Jennah captivates as she sings, "Rid me of my blues bring me chocolate in the morning / No day begins too sweetly after dancing in the ache / Just wipe me from the corners of the mouth you spoke me out of / (bring me) sweet things in the morning."

When describing the song, she shares, "I wanted the song to make the listener feel weightless. To experience the kind of euphoria one feels dancing in the freedom of their childhood." Further expounding on the theme in a recent interview with FADER, she adds, "'Candied Daylight' is the double-dutch chant heard from the windows of an open classroom window. It is the distant and dreamy echo that steals your concentration. It is in ode and longing for the magic of youth."

Savor an extended version of this sugary treat below, then support the artist by heading over to Bandcamp or iTunes to purchase the track. Follow Jennah on Facebook and Twitter for updates on Anatomy and visit her website for details on upcoming shows.


TAGS:  audio, Jennah Bell
Previous: Miles From Kinshasa Introduces Himself With ‘IVRY’ Next: Disclosure & Lorde Take It To The Point Of No Return With ‘Magnets’