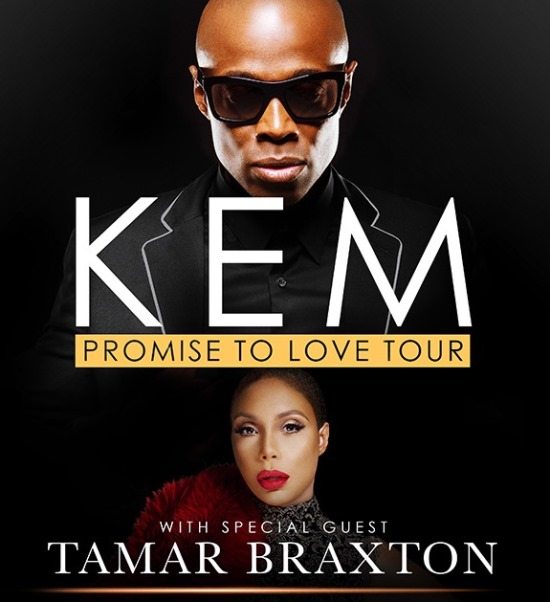 Kem has been burning rubber and racking up those frequent flyer miles since the 2014 release of his fourth studio album Promise to Love. If you somehow managed to miss one of the many previous opportunities to catch him live — last year's Promise to Love Tour - Part 1, The Forever Charlie Tour with Charlie Wilson and Joe, The ESSENCE Festival, etc. — then now is your chance for redemption. The GRAMMY-nominated artist just announced the second leg of his Promise to Love Tour, which kicks off in Los Angeles almost a year to the date since he first hit the road for Part 1.

Praised for his distinctive voice and charismatic stage presence, his live shows continue to sell out venues and excite his diverse group of fans. The Detroit native is ready to return the love, stating, “I’ve been looking forward to hitting the road with my headlining ‘Promise to Love’ tour all year. It’s always such a thrill and an honor to perform new songs and provide new experiences for the steadfast fans who have been so dedicated in their love and support for the music throughout the course of my career.”

Joining him for the upcoming leg of the tour is fellow GRAMMY-nominated artist Tamar Braxton. The multi-hyphenate diva has been having an amazing year making strides in the entertainment and fashion industries. Between working up a sweat on Dancing With the Stars, starring in multiple TV shows and promoting her upcoming album, Calling All Lovers, how she'll find the time (and energy) to tour is beyond us. But Tamar is always full of surprises, so we suspect we'll be hashtagging #shewon or #shedidthat before the year closes out.

Check out the tour dates below then head to the tour website for ticket info, pre-sale access and exclusive VIP packages, including a chance to explore Kem's tour bus and a pre-show reception with the man himself. Tickets go on sale to the general public this Friday, September 18th, but in the meantime you can support the artists by grabbing a copy of Promise to Love and pre-ordering Calling All Lovers.