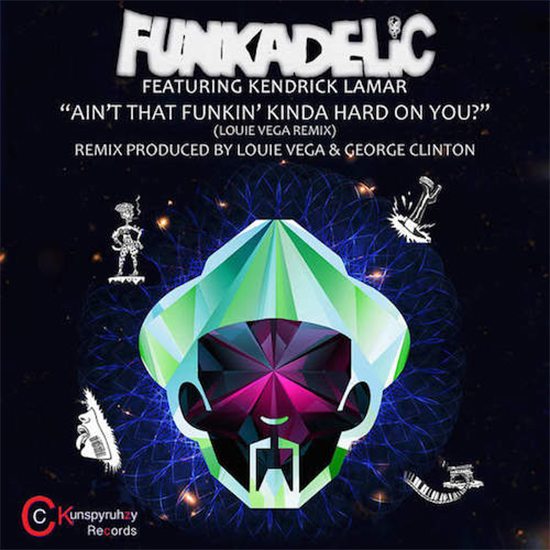 After having George Clinton open up his To Pimp a Butterfly album with “Wesley’s Theory” earlier this year, Kendrick Lamar is teaming back up with his favorite funk idol for a remix of “Ain’t That Funkin’ Kinda Hard On You.” Originally featured on Funkadelic’s 2014 First Ya Gotta Shake the Gate album, this song finds Uncle George letting the people know that the funk can’t be too hard on him because he was already hard when he started out way back when. Clinton and house producer Louie Vega have sped up this jam and turned it into something that would get any club jumping on the weekend. But it’s Kendrick’s bars that really set this remix off. “Yo George / They say they want some more,” he exclaims, before jumping into his verse.

Head over to iTunes and grab your copy of this remix now, and be blessed with quite a few extra versions, too.