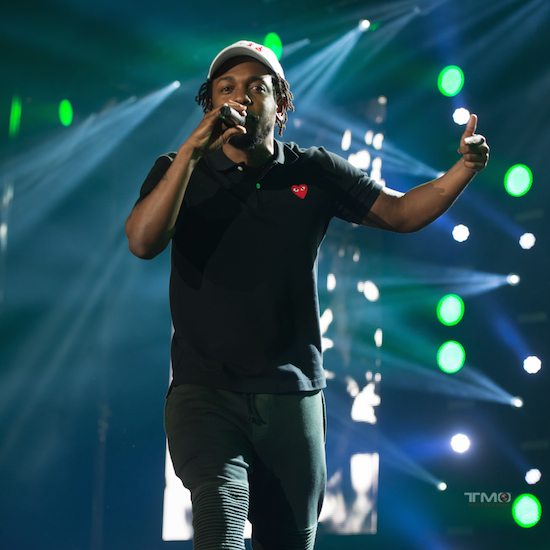 Kendrick Lamar is perhaps having one of the best years ever. Not only did he drop his masterpiece To Pimp a Butterfly to critical and fan acclaim this year, he was also heavily featured on Dr. Dre's Straight Outta Compton soundtrack Compton, has won several awards (and is practically a shoo-in to be nominated at next year's GRAMMYs) and he also continues to receive praise from his industry peers (even pimping his way to a Janet Jackson shout out). And it seems that the year is only getting better.

On October 20th, King Kendrick is set to do what very few of artists, let alone his contemporaries, have had the pleasure of doing. That night, he'll perform a selection of his hits along with tracks from his most recent opus with the National Symphony Orchestra Pops. As musical as TPAB is, can you imagine songs like "For Free?," "Momma," "For Sale?," "Hood Politics" and "Mortal Man" fleshed out in orchestral arrangements? It's sure to be an epic night made even more epic by the fact that the good kid himself will be on hand to guide the night.

Tickets will range from $35 to $99 for the event and are set to go on sale Tuesday, September 29th at 10 a.m. for Kennedy Center members and will be available to the general public at 10 a.m. on Wednesday, September 30th. If you live in the Washington, DC area, live near it or are willing to travel to hear good music and have a once-in-a-lifetime experience, then we highly recommend you make plans to make this part of your agenda. For more information about the event, including where you can purchase tickets, visit the National Symphony Orchestra's website.