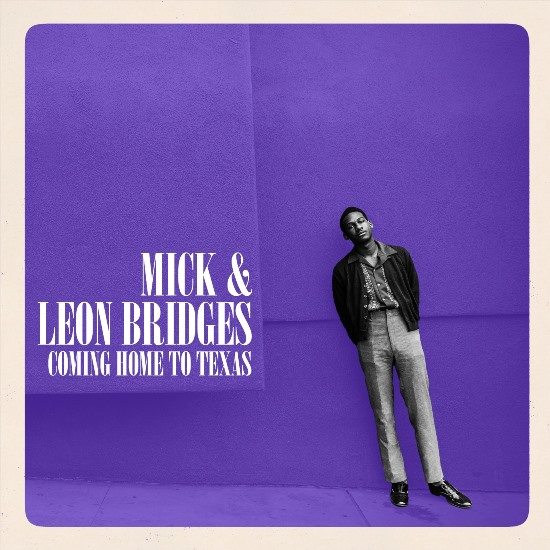 Leon Bridges is about to embark on a month-long European tour to promote his celebrated debut, Coming Home. But before he leaves, the native Texan decided to exhibit some hometown pride in an unexpected way with the release of a new mixtape, Coming Home To Texas. The project is an exciting reconstruction of Mr. Bridges' debut album, built upon the unique sounds of Texas hip hop.

Ironically, the idea was the brainchild of a Brooklynite, the highly sought after DJ Mick Batyske (aka MICK, fka Mick Boogie). He explains, "Leon Bridges is, to me, the most talented new artist in music. I've heard so many comparisons: The next Sam Cooke, the next this, the next that. However, I couldn't help but wonder how a kid in his 20's would sound if his inspiration was threaded through the classic Texas hip hop he grew up on. This project answers that. I combined Leon's soulful vocals with the samples and vibes of my favorite Texas hip hop artists, including DJ Screw, UGK and Scarface. The result turned out even better than I thought. I'm so excited for people to finally hear it."

Instead of limiting the scope of the project to the confines of his own talents (and trust us, he certainly could have), he assembled a crew of notable producers/remixers, including Chi Duly, Donnie Houstin, Hasan Insane, Chris Rockaway, Jett I. Masatyr and TedyP. Focusing on seven of the original album's 10 tracks, the talented crew meld Bridges' vintage soul with chopped and screwed samples of some of the dopest hip hop to come out of Texas. But it's the seamless inclusion of featured rappers Bun B ("Better Man") and Slim Thug ("Brown Skin Girl") that give the mixtape a thrilling jolt of authenticity.

MICK has traveled all over the world, working with many prominent celebrities, ubiquitous brands, high-profile events and philanthropic organizations. This is in addition to his own numerous releases, which includes the popular Summertime mixtape series with DJ Jazzy Jeff. So for him to proclaim this project as "My favorite thing I ever did," speaks volumes. Stream the album below to see if his excitement is warranted. The project is also available for free download through the Coming Home To Texas website.