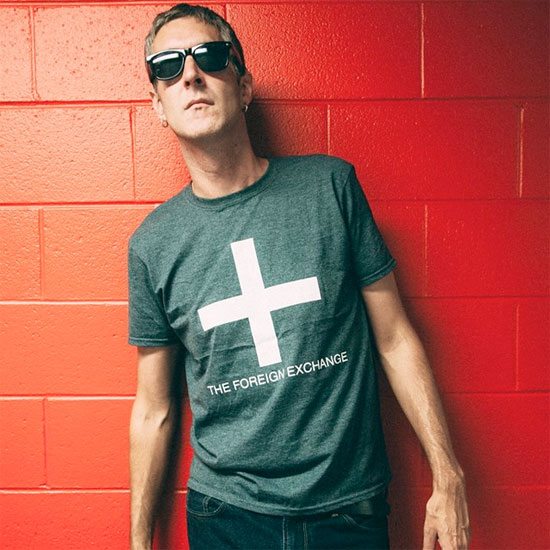 In case you haven't noticed by now, The Foreign Exchange are all about making people dance in the 1-5. Not that FE haven't always released tracks to make you bust out your finest two-step to, but Nicolay and Phonte want you to get it all the way in and break the sweatiest of sweats to their new material. Between Nicolay's electronic and soulful house excursion to South Africa on his most recent solo release, City Lights Vol. 3: Soweto, and The Foreign Exchange burning the disco out on Tales From the Land of Milk and Honey, Nic and Tay want fans to slip on their dancing shoes and let their backbones slide.

And they're not done! Especially not Nicolay, who dropped a remix out of the blue for Love In Flying Colors track "Can't Turn Around." And not just any remix, but one to get you, you guessed it, dancing. On "Can't Turn Around (Nicolay's Houstyle Takeover Mix)," Nic fleshes out the song by almost a full three minutes and fans the flames of the original banger. The intro is padded with a thumping pulse that segues into a four-on-the-floor instrumental invitation to let the music take over because Nicolay's got this. Phonte's vocals kick in, and the bulk of the original production remains in tact on the remix with subtle additions like more synths right before Gwen Bunn's bridge. The bridge blends into the extended outro, which features some previously unheard vocals from Phonte and more electronic wizardry from the master at work that is Nicolay.

"Can't Turn Around (Nicolay's Houstyle Takeover Mix)" is a soulful house dance floor workout that we can't turn off. Listen right here, then join us in our current obsession with the free download that Nicolay is blessing fans with on SoundCloud.