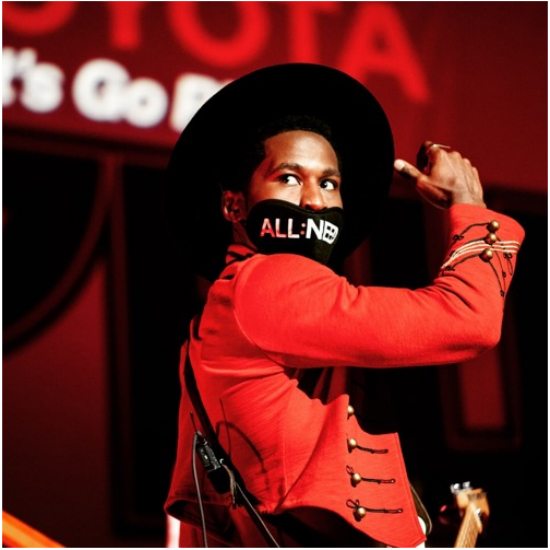 If you thought Janelle Monáe and her Wondaland Records collective were going to rest on their laurels after completing The Eephus Tour, tearing down TODAY and having the song of the summer in Jidenna's “Classic Man,” you were highly mistaken. The Wondaland movement is going full steam ahead with the next phase of their master plan for world domination. Released as an unassuming thank you to the fans for all their support, the Wondaland just shared the OK Lady EP from artist Roman GianArthur for free download.

On the six track-project, GianArthur includes his previous reimagining of songs by D’Angelo and Radiohead that introduced us to the singer in 2012, blending the neo-soul sensibilities of the former with the haunting atmospheric vibe of the latter. The resulting melting pot of sounds is an extraordinary experience that pays homage to his obvious inspirations, but showcases his eclectic talent. Songs such as “Send it On” and “High & Dry” have been covered numerous times by talented artists. However, few have made the songs their own so distinctly, with such charisma and inventiveness.

While the purpose of the OK Lady EP was to say thank you to their fans, it is actually a sly and calculated way to keep us interested in the emerging crew, snaring their audience in a trap of rapturous music before they even realize they’ve been hooked. But that’s what love and music are supposed to do. You can catch Roman GianArthur, Janelle, Jidenna and the rest of the Wondaland Records cast of characters performing at various venues around the country this fall, including the ONE Musicfest in Atlanta on September 12th and Powerhouse 2015 in New York on October 22nd.