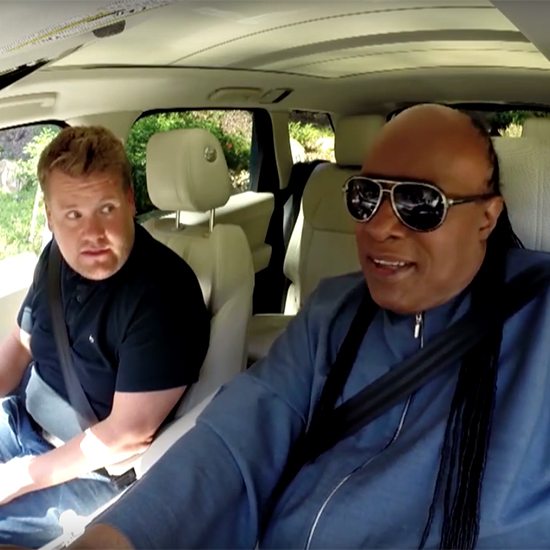 The Late Late Show host James Corden has had some of the most epic passengers in his car over the past year as everyone from Mariah Carey to Justin Bieber joined him, but this week he was blessed with the opportunity of a lifetime. Corden was joined by everyone’s favorite living legend Stevie Wonder, and not only did he offer to drive, but he also performed an incredibly fun game of carpool karaoke.

The “For Once In My Life” singer strapped on his seatbelt and his best faux British accent as he tried to take control of the wheel before conveniently remembering that he had left his driver’s license at home. Corden and Wonder changed positions and went on to sing everything from “Superstition,” to “Sir Duke,” “Isn’t She Lovely” and “For Once In My Life.” Stevie made a few FaceTime calls during the ride and even gave Corden's wife a special call to give James a few brownie points. Before these two new friends arrived at their location, Stevie jokingly announced that he and Corden were becoming a group called The Wondercats. As fun as that sounds, wouldn’t it be even more amazing if Stevie teamed up with SoulBounce fave Thundercat to form a group under that name? At any rate, this clip is an all-around good time, and we certainly enjoyed seeing Mr. Wonder in such good spirits as he gets ready to bless music fans with the third leg of his Songs In The Key Of Life Tour.