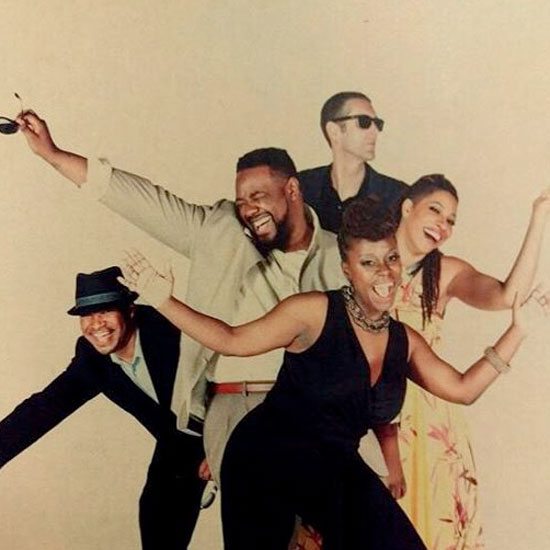 Phonte and Carmen Rodgers wrote and recorded the joint together while she was in Raleigh, NC. The first thing that I remembered thinking was, "We've just made a 'cuffing season' ANTHEM." A song with that hook? It's OVER.

"I don't wanna go out to no club tonight, I just want your body..."

Sheeeeeeeeeeiiiiit. Them's tusslin' words!! I knew from the jump that whenever this was released it would be a fan favorite simply because so many would be able to relate to it. Once I imported those vocals into my Pro Tools session, it became FUN to add on to it. I recorded a string part on the intro and hooks, a Moog synth line and crashes to make the different sections more dynamic and dramatic. But what set the song OFF, was a rhythm guitar part that I added to the intro and hooks. Funny enough, I would "hear" that part when riding around in the car with the song, so to have added it and have it sound exactly the way it did in my head??! Incredible feeling, always is.

Not too long after he sent the song back to me, Phonte let me know that he and Nic decided to make this collection of music we had all been working on an official The Foreign Exchange album (as opposed to it being an +FE "crew" album like we planned). With that being said, the original version of "Body" would probably have to be redone because it sounded more like a Zo!/Phonte song rather than something from +FE, which I agreed. The original version of the song would have really stuck out and not fit the flow of the material we had for Tales at that time. As a result, Nic went into the studio and redid the song. While sticking to and staying true to all of the original chords and changes, the new version was heavily dipped in his style -- a four-to-the-floor stepper's jam that fully embodied the +FE "sound" and more importantly, it fit perfectly within the sequence of songs. I remember hearing the new version and saying, "Oh yeah, that joint is Nic as hell." If there is one thing I know about my brothers, I know their distinctive musical styles like the back of my own hand. Phonte hit me up to redo my rhythm guitar parts on the new version, which I recorded once again on the intro and the hooks. Oh, and that killin' ass breakdown at the end (probably my favorite part of the song, that shit goes IN). Of course, Tamisha Waden added on to those background vocals just for good measure, and we had ourselves a gem on our hands.

Uhhh, quick question, how many of you have already sent a text to your significant other using the words to that hook???