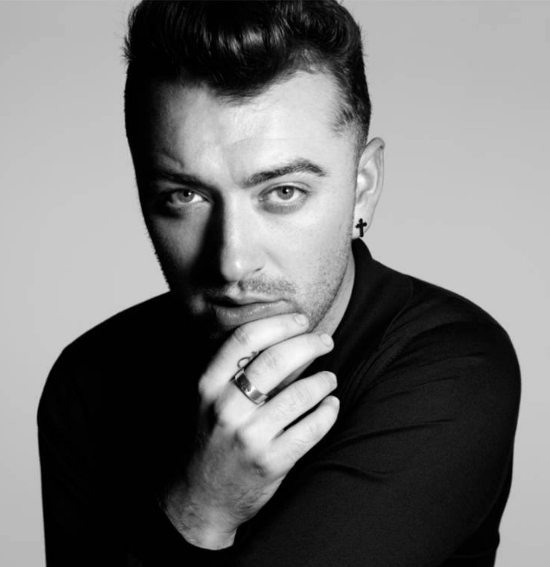 Smith. Sam Smith. The British singer just dropped the theme song for the upcoming James Bond movie Spectre. For the secret agent film, Sam is on a mission to make you love him with his ballad "Writing's On the Wall." The single, which he premiered on Radio 1 Breakfast Show follows the format of most Bond theme songs with a dark, moody tone backed by a powerful orchestra. "Writing's On the Wall" features jazz and classical orchestration, and of course Sam's beautiful vocals.

While we can't claim to be Bond historians, we do know the last British solo male artist to get the honor of doing a Bond theme song was Tom Jones, who released "Thunderball" back in 1965. For 2015's Bond, Sam sings "How do I live? How do I breathe? / When you’re not here I’m suffocating / I want to feel love, run through my blood / Tell me is this where I give it all up?" Could this mean Bond is getting a little soft on us in the new movie?

At the end of the track, Sam gets soulful and concludes the ballad on a strong note. While he joins the Bond music family, sitting alongside the likes of Adele, Madonna and Jack White, we're curious to see what else Sam has up his sleeve for the rest of 2015. Just last week we caught him collaborating with Disclosure to make our "Hotline Bling," and now he's playing secret vocal agent with the new haunting single. You can catch Spectre in U.S. theaters on November 6th to hear Sam's vocals on the big screen. The single actually just became #1 on iTunes today and now you can listen to it right here. Let us know if "Writing's On the Wall" lives up to the Bond theme legacy.