Tinashe’s Cover Of Bleachers Is ‘Better’ Than We Expected 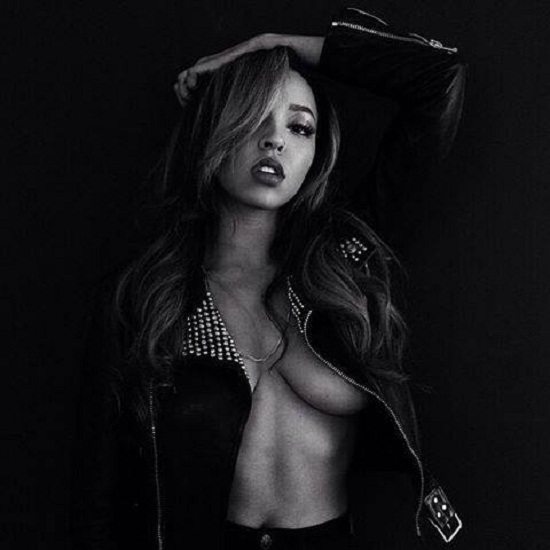 It's been a wild and productive year for R&B sensation Tinashe. She recently wrapped her stint on the Pinkprint Tour with Nicki Minaj and is currently touring South America as the opening act for Katy Perry's Prismatic World Tour, all while completing work for her sophomore release, Joyride. Earlier this month, she excited fans with the unexpected album preview "Party Favors." Now she's surprised us again with an unusual collaboration, contributing the track "I Wanna Get Better" to Bleachers' new covers compilation Terrible Thrills, Vol. 2.

Bleachers — the side project of fun. guitarist Jack Antonoff — dropped its debut album Strange Desire last summer, with "I Wanna Get Better" topping the charts and becoming the project's most successful single. To keep the momentum going, Bleachers has released companion project Terrible Thrills, Vol. 2, touted as an all-female reimagining of Strange Desire songs.

At its core, the decidedly '80s sound of the original remains the driving force behind Tinashe's alt-pop rework. But the singer leans on her love of experimental sounds, incorporating new wave, chopped and screwed effects, layered synths and 808 beats to create a distinctly enjoyable production. Antonoff clearly agrees, explaining to Billboard, "Tinashe doing ‘I Wanna Get Better’ — it’s a really personal song, and it was hard for me to imagine anyone else doing it, but stylistically her and I are so incredibly different that I was fascinated to hear what she’d do with it, and I completely loved it."

Listen to Tinashe's reinterpretation below and check out the quirky video for the original song, then head to Google Play for a free download of Terrible Thrills, Vol. 2 in its entirety. In addition to Tinashe, featured artists include Sara Bareilles, Charli XCX and Sia. If you prefer to fork over some cash, the single itself is available on iTunes. Also be on the lookout for Tinashe to drop a new single ("Player," featuring Chris Brown) this coming Friday.