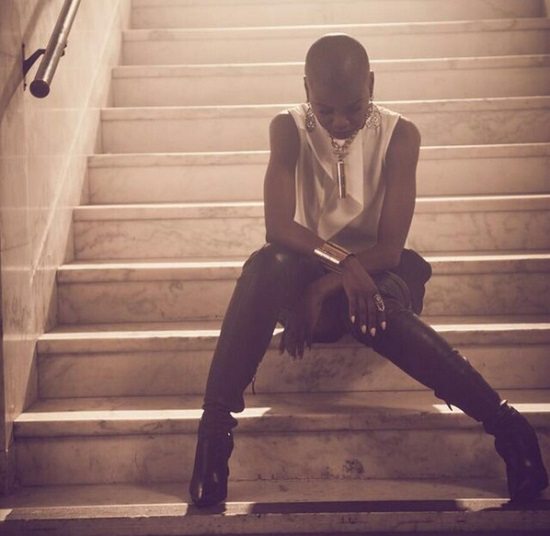 Empire is known for its high camp and over-the-top drama (for proof, see our recap of last week's season two premiere), but that doesn't mean that the show can't have tender, reflective moments. And it's no secret that when they need that emotional pull, they turn to frequent guest star V. Bozeman. The singer, who kicked off the first season with the heart-wrenching "What Is Love," will get to shine once again in this week's episode with new song "Hourglass."

"Hourglass" is another emotional number, with V. singing alongside a piano arrangement that highlights the strength in her voice and her ability to deliver on ballads about heartbreak. She sings to a lover with whom it seems she does a lot more fighting than loving. As she details their differences and her attempts to reconcile them, it becomes obvious that the time is slowly running out on their relationship. Co-written and co-produced by the show's star Terrence Howard and Max Beesley, the song hits all the right notes to tug at the heart strings.

“Terrence told me he wrote the song during one of the lower points in his life,”  V. told Billboard about the track. “When he asked me to translate that emotion for him, I said, ‘You don’t have to tell me. I’m in.’ The song was created in a lower register but Terrence wanted it higher. Going full-blast and exercising my vocal muscles like that took me back to church.”

Judging by the poignant and truthful quality of the song, not to mention her flawless vocal, we have to raise a church fan to that sentiment. Take a listen to "Hourglass" right here and be sure to come back tomorrow for our recap of tonight's episode of Empire.