Big K.R.I.T. & Rapsody Get Their ‘Guillotine Flow’ On 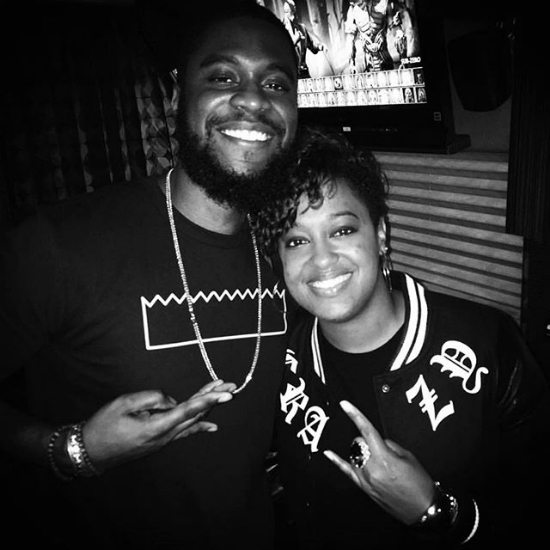 Big K.R.I.T. and Jamla's first lady Rapsody just released their joint track "Guillotine Flow" after recently connecting in North Carolina while K.R.I.T. was on his Kritically Acclaimed Tour. The track produced by 9th Wonder features a soulful sample that provides the perfect bed for K.R.I.T.'s laid-back rhymes. "Five star flow / Been a while since I done bossed up / Round table talkin’ I’m seasoned so put the salt up," raps K.R.I.T. Once Rapsody hops on with her raspy, deep voice, she continues the chill vibe as she spits, "Hotline bling and ain’t nobody answering your calls / How meek of you niggas not to answer me at all / I feel a way / But the album comin' so I’ll save it for another day." In the chorus the two emcees ask if you're "geekin" on their rhymes but we'll let you be the judge.

K.R.I.T. and Rapsody previously joined forces for the "Lonely Thoughts" remix. Just like their last collaboration, neither rapper shows off on "Guillotine Flow," but it's a groovy track that gave the emcees a chance to bond and go toe-to-toe with some clever bars. After releasing a suprise mixtape It’s Better This Way a few weeks ago, and now on his Kritically Acclaimed Tour, unlike the relaxed vibe on the new track, K.R.I.T. is showing zero signs of slowing down until the end of the year. Listen to "Guillotine Flow" right here and cross your fingers for more collaborations from these two.