Big K.R.I.T. Shows Us It Only Gets ‘Better’ With His Surprise Mixtape 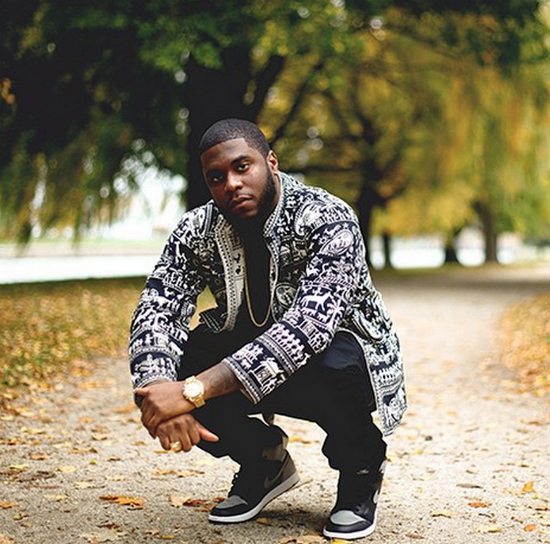 Big K.R.I.T. has been leaving a trail of singles over the past few weeks ahead of his Kritically Acclaimed Tour at the end of the month. Now we know he was leading us to his surprise mixtape It’s Better This Way. Narrated by DJ Drama, the mixtape is a 14-track project featuring K.R.I.T.'s southern laced raps and guest appearances from artists Ludacris, K. Camp, Warren G, BJ the Chicago Kid and Young Dolph. The mixtape, which begins with K.R.I.T. proclaiming he's doing it different this time, was mostly self-produced. While you have over a dozen options to pump through your subwoofers, there are a few standout tracks on the surprise project.

His first track "King Pt. 4," with its jazzy instrumentals welcomes you into K.R.I.T.'s Mississippi residence where you'll want to kick your feet up and stay for a while. Produced by Kenneth Whallum III, who he collaborated with on "Away," the track is the perfect intro to the rest of the mixtape. You also get another helping of his track "86," which he dropped a few weeks ago, and "No Static" where south meets west on a smooth single featuring Warren G's signature laid-back bars. Staying true to his southern fried style, Luda and K. Camp join K.R.I.T. to help him "Shakem Off," an easy and catchy club anthem. After you've been partying to some of the bangers on the mixtape, K.R.I.T. gives you a break with "Vanilla Sky," which is soulful and easily reminiscent of Outkast. While he's delivering rap, jazz and soul, K.R.I.T. sprinkles a little R&B in the mix on "Can't Be Still," which features BJ the Chicago Kid's smooth vocals. He ends the musical journey with the title track of the mixtape, convincing us it really is better his way.

K.R.I.T. is no stranger to mixtapes, the emcee has been dropping them since 2011, starting with Return of 4Eva, then 4Eva and a Day in 2012, and King Remembered in Time in 2013. He dropped his debut album Live From the Underground in 2012 and his 2014 album Cadillactica. Now we're back under his mixtape spell with It’s Better This Way and we're okay with staying under it for a while. K.R.I.T. kicks off his 38 stop Kritically Acclaimed Tour on October 22nd in Norfolk, VA, and he just added special guests BJ the Chicago Kid and Smoke DZA on select dates. You can find out if he'll be in a city near you over on his website, but until then listen to and download It’s Better This Way right here.