Bomba Estéreo Get Will Smith Out Of Retirement & Have A ‘Fiesta’ 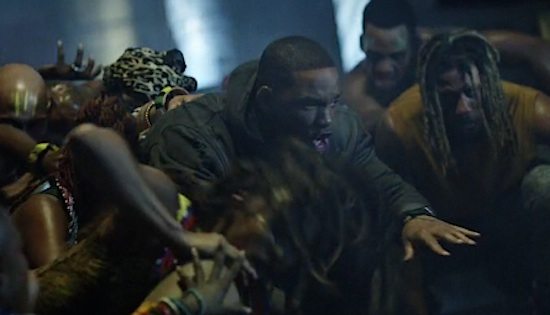 As one of the biggest movie stars in the world, Will Smith could easily rest on his acting laurels and not pick up a mic to rock for the rest of his days. But it's never that easy to leave your first love behind. Big Willie is slowly but surely easing his way back into the music game, and his guest spot on Columbian group Bomba Estéreo's "Fiesta (Remix)" is the first taste of what he has in store.

Will heard Bomba Estéreo's "Fiesta" and as he spits on the remix, "This track is a heater / Couldn't let the beat go by without a feature." It's as simple as that why he chose this particular song to jump on for his big comeback track. The beat is definitely fire with a serious electro Latin jam session popping off with driving militaristic percussion and electric guitar and accentuated by lead singer Liliana Saumet's vocals. Will tailored his flow for the song and fit right in, making the song his. It might be Bomba Estéreo's party, but Will Smith is the guest of honor.

For the music video, no expense was spared for the slick production featuring a hooded Smith walking through a sketchy hallway in a warehouse that needs some electrical work done. In the main area of the warehouse there are a number of people laid out on the floor, seemingly asleep. A lookout alerts everyone that Will Smith's a-coming, and they arise from their slumber just in time for the beat to drop. All heck breaks loose on the dance floor when Will starts rappity rapping while black and brown bodies attain their lives to the choreography. Liliana joins in on the fun, belting out her vocals throughout the scene dressed as both a high priestess ruling over the dance floor and as one of the party goers. Smith and Saumet saunter off together at the end of the video after sufficiently turning up and turning things out.

This is quite an unexpected return for Will Smith, but we'll take it. Word is that he has been very busy in the studio, with 30 songs already recorded for his new project. With a reunion tour with DJ Jazzy Jeff already lined up, 2016 is looking like it might be Will Smith's year.