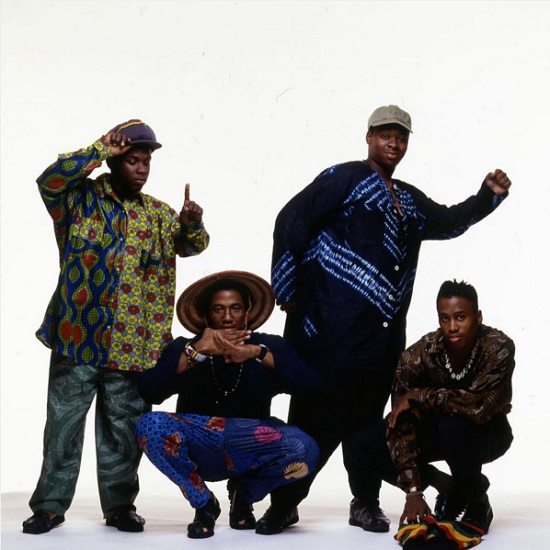 CeeLo Green is joining the growing list of artists stanning for A Tribe Called Quest by way of the remix. With the 25th Anniversary release of Tribe's debut album, People’s Instinctive Travels and the Paths of Rhythm, set to drop on November 13th, we were introduced to the commemorative project a few weeks ago through a funky remix of "Bonita Applebum" from N.E.R.D frontman Pharrell Williams. Now he passes the torch to CeeLo. The singer/rapper/producer takes ATCQ's "Footprints" and melts it down into a laid-back track with layers of instruments, including cowbells, and beautiful soulful vocals to accompany the chorus. While he leaves the original vocals from Q-Tip intact, CeeLo even gets on the mic towards the end of the track to rap/talk, ending his verse with, "To leave footprints, one must be undefeated / You hear me? / To leave footprints, one must be undefeated."

CeeLo has been busy dropping tracks left and right ahead of his own album, Heart Blanche, which debuts on November 6th, which is little over a week away. The last single we heard from the upcoming album was his fourth release, "Mother May I," an eclectic ballad that matches his signature sound. We'll get CeeLo's project first, but we can expect the next single from People’s Instinctive Travels and the Paths of Rhythm to drop soon when J. Cole delivers his take on "Can I Kick It." The 25th Anniversary album will feature original 14 tracks from Tip, Phife Dawg, Ali Shaheed and Jarobi White that made us love the timeless group, but until its release, you can pre-order it now on Amazon or iTunes. Listen to CeeLo's ode to ATCQ right here and let us know if his remix could fill ATCQ's "Footprints."