Ciara Embraces Her Dark Side With A Cover Of The Rolling Stones’ ‘Paint It, Black’ 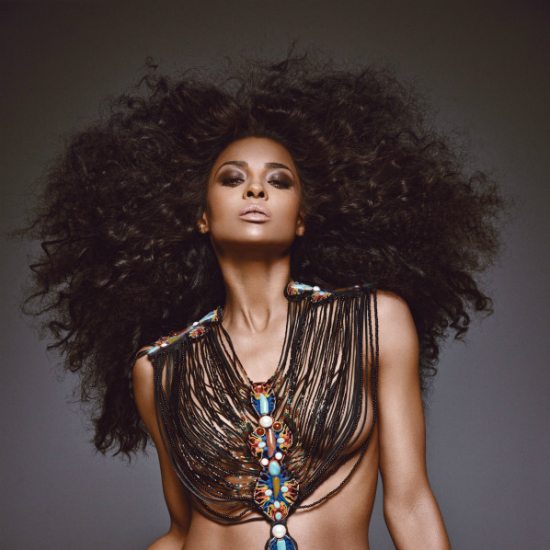 There are some covers that just make sense, like Jazmine Sullivan covering Whitney Houston’s “I Have Nothing.” There are some that don’t make any sense, like Ashanti covering Whitney’s “I Have Nothing.” And then there are some that are so far out there that you can’t even begin to fathom what it might sound like. The latter is the case with Ciara’s cover of The Rolling Stone’s “Paint It, Black” for The Last Witch Hunter soundtrack. One of formative songs of the psychedelic rock era, it is such a strange match for the former Princess of Crunk-N-B. Even the “Goodies” singer was blindsided when Lion’s Gate and Universal asked her to embrace her dark side and cover the song. However, not only is a check a check, but it is also a rare opportunity for the artist to push herself and her artistry. And when push came to shove, our girl did alright.

Produced by Adrianne Gonzales, Ciara has crafted a very moody and atmospheric version of the psychedelic classic about darkness and longing, forgoing the more folk elements of the original to really embrace the symbolism of the lyrics. Though her thin falsetto doesn’t quite compensate for Mick Jagger’s unique timber, it captures the feelings of pain and longing perfectly. Completely outside of her comfort zone, there is something fitting about this song for her. Whether Ciara found a well of pain deep inside or her baby daddy Future was getting on her last nerve, Ms. Harris shows us that a little darkness looks good on her. With that said, we hope there’s a video for this track just so we can see the fashionista get her haute goth couture on, slaying and taking names literally and figuratively.