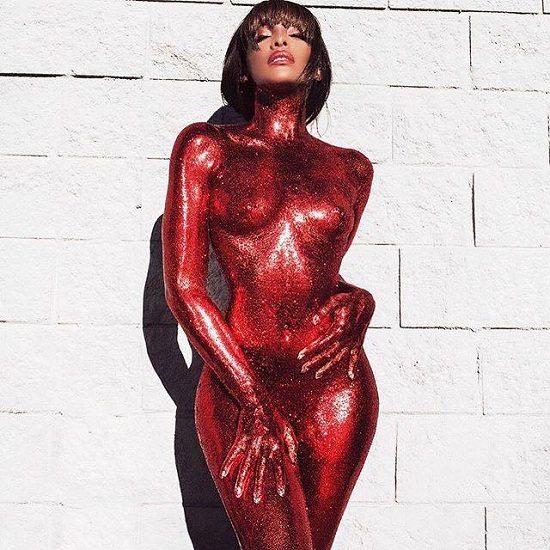 Dawn Richard, formerly of Danity Kane and currently known as the grand diva trap-folk goddess DΔWN, has continued to evolve her sound and push the boundaries of creativity in popular music. That evolution and creativity is fully apparent on her latest track, “Dance.” Produced by Noisecastle III and Swagg R’Celious and written by hit songwriter Ester Dean, the track is an upbeat super megamix of everything that’s hot in the club.

With “Dance,” DΔWN has stated that she wanted to create a “vibrant atmosphere.” However, the word vibrant might be a little too mundane to describe the bombastic and enchanting track. Ms. Richard keeps us on our toes figuratively and literally trying to catch the beat and the sonic references. There are elements of everything from trap to trance to conga to The Legend of Zelda. While the song could have very easily come off as a disorganized mash-up of genres with no real rhyme or reason, the producers skillfully blend the various genres seamlessly and effortlessly so that your two-step or eight-count is on point when that four-on-the-floor beat hits you.

“Dance” is the first single from DΔWN’s upcoming third album, The Red Era, which will be released some time in 2016. On the album, DΔWN promises a little more mainstream sound, stating, “I’ve been dark for a while, so I’m in a really happy place and I can’t wait for the next chapter.” If this new chapter is anything like “Dance,” we can’t turn the page quick enough.