Empire Watch: Someone’s Coming For The Lyon Dynasty While Andre Atones For His Sins 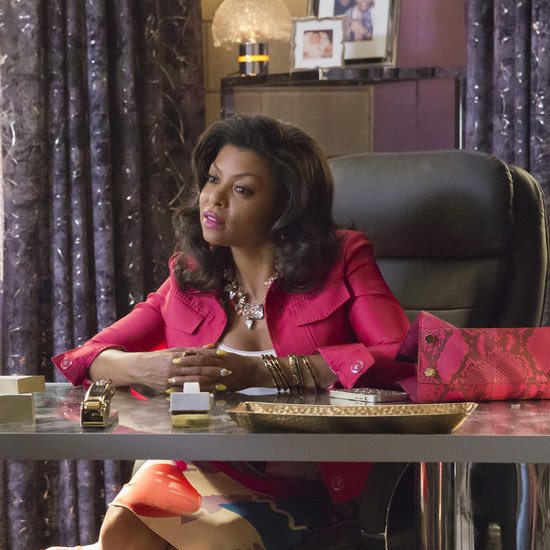 When we last left off with Empire, Lucious decided to make nice with Cookie and Lyon Dynasty and call a truce of sorts to ban together against the Feds. Andre also got back in his dad's good graces when it was revealed that he and Rhonda killed Vernon, who was dead, buried in the woods and officially no longer a threat to Lucious. Prosecutor Ford got to Cookie and thought she was making headway in her case against Lucious, until the episode ended with her getting in her whip one morning to find Vernon's decomposed body riding shotgun. What does that mean for the case against Lucious, and how much will Prosecutor Ford's detailing bill be to get the funk of 40,000 years out of her car? We got some answers and more questions on this week's episode.

In the Empire offices, everyone is huddled around flat screens to watch breaking news from CNN's Jake Tapper who reports that all charges against Lucious Lyon have been dropped and the case has been dismissed. Without Vernon, the Feds have no case and with Vernon's dead body found in her ride, Prosecutor Ford needed to go on a leave of absence to get her mind right. Lucious and tricky Thirsty toast to their victory. Andre returns to the Empire offices and happily breathes in the air of home. Lucious greets him and is ready to put him back to work.

Tiana returns to the scene and she's pretty as a picture on set at a photo shoot at Lyon Dynasty HQ. When she's done striking her poses, she comes to Cookie's aid to help her work her phone, which Porsha set up. We learn that Cookie did in fact fire Porsha after that little stunt where she got arrested and gave Cookie's name instead of her own. Tiana gets into Cookie's phone only for there to be a message from Lucious who posted a Periscope or Snapchat boasting about his innocence and telling everyone who doubted to kiss his ass. Cookie is pissed but Hakeem arrives to calm her down and introduce her and Tiana to his new find, the innocent singer Laura, who's a total Tiana fangirl. There's an awkward moment when Hakeem kisses Tiana on the cheek and Laura questions her about what's up with the two of them. Tiana tells her that they're old news and that he's like that with all the girls. She doesn't even know the half.

Back at Empire, Andre is welcomed to his new position as president of Gutter Life Records with a scandalous welcome party in the conference room with strippers laying it low and spreading it wide from the windows to the walls. Dre looks very uncomfortable with the scene and quite unbothered when two ladies give him a lap dance. He's not here for this.

In the Empire studios, Jamal is in the booth recording "Born To Love You" and Lucious is bopping around on the boards like he's really doing something. We soon see that he's not alone, with Ne-Yo (who has joined Timbaland to produce the music for Empire) popping up to give his two cents about Jamal's performance. They segue into Lucious' office and discuss the possibility of Jamal and Ne-Yo doing a few tour dates together. Michael comes in and goes total Ne-Yo fangirl when Jamal introduces them and tells him the big news about their touring. Michael is geeked that Ne-Yo will be joining them on the road and after a few salty glares from Lucious he gets the hint to get gone. Lucious tells Jamal that he's making a big mistake by taking bae on the road with him to distract him. He tries to get Ne-Yo to cosign, but he is more middle of the road and explains the pros and cons. Lucious says to hell with that and leaves the room.

After that freak-fest of a welcome back, Andre had to find his behind at the church where he tells Reverend Price about his awful first day of school. The reverend tells Andre that Lucious is testing him and to remain steadfast because there's a purpose to his pettiness. Andre decides that he's ready to get baptized and the reverend counsels him on what to do -- including confessing his sins to his family. Not so fast, rev! You don't the half either.

It's quitting time back at Lyon Dynasty and the photographer offers Tiana a lift on her way out, but she's waiting on her Uber. Tiana's chilling on her phone in the vestibule when two supposed fans walk in and ask to take a picture with her. They get close to take an ussie and things quickly turn ugly when one of the chicks produces a razor from under her tongue. Tiana doesn't get cut, but they do stick her for her bag before fleeing. Tiana's shook but OK, and she tells Cookie and Hakeem what happened. While she's relaying the events, Chicken finds a YouTube video uploaded by the chicks who stole Tiana's bag. They're now wearing masks and taking things out of the purse, including a dimebag, that causes a brief side-eye from Cookie. Then a mask-wearing dude walks into the shot who threatens Lyon Dynasty for setting up shop on his turf. Cookie realizes that they've been marked and she ain't having it.

Over at Leviticus, Jamal and Michael and kicking it with weirdo photographer/artist over drinks. When Jamal and the photog are alone, old boy pushes up on him and drops to his knees to rock the mic as a form of artistic expression. (So that's what we're calling it now?) Jamal is disgusted to pushes homie away, but then Michael enters the scene with perfect timing and sees dude on his knees and Jamal pulling up his zipper.

Cookie has a meeting with concert promoter Laz Delgado, played by Adam Rodriguez, and they discuss Lyon Dynasty's needs, but with the obvious chemistry between he and Cookie, he may fulfill hers, too. Before they can really get their flirt on, though, Porsha busts into Cookie's office (they really do need better security) with a dog in her arms. She claims that her granny's pooch "Whoopty Woo" is the Lyon Dynasty's new security system. Cookie tells Porsha and Whoopty Woo to beat it, but does come around give Porsha her job back...kinda.

Cookie's next meeting of the day is with Lucious at the funeral home to visit Vernon's ashes. Cookie tells Lucious that she doesn't believe that Vernon committed suicide, and Lucious keeps the straightest of faces even when she questions him if he did it or got one of his goons to do the job. She also wonders if he's behind Tiana's purse snatching at Lyon Dynasty, but doesn't own up to anything. He rolls out without a word and leaves Cookie to collect Vernon's ashes.