Erykah Badu Chosen To Host Soul Train Awards 2015, But Did The Nominations Miss The Mark? 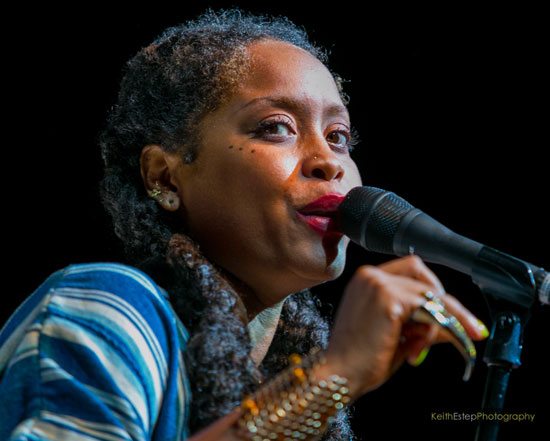 When Erykah Badu wasn't busy owning all the covers of Drake's "Hotline Bling," recording her upcoming mixtape, touring, DJing, collaborating with fashion designers and parenting, she somehow found the time to wheel and deal her way into the hosting gig for the Soul Train Awards 2015. Badula Oblongata will bring her one-of-a-kind Black Girl Magic to the Soul Train Awards stage when this year's event takes place in Las Vegas at the Orleans Arena on November 6th.

Although we're ecstatic at the prospect of Badu showing out during her hosting stint for the Soul Train Awards, we're admittedly a little disappointed in this year's nominees. The current nominations list reads like the BET Awards Lite, and there are some lackluster selections after a number of stellar R&B and soul albums have been released in the past year.

The Soul Train Awards are typically a highlight of awards season and highlight many R&B and soul artists, both major label and independent, that go ignored by every other award. However, with the usual suspects such as Beyoncé, Rihanna, Chris Brown, The Weeknd, Mark Ronson and Bruno Mars in the nominee mix this year, the Soul Train Awards 2015 are looking like every other awards show that systematically overlooks the array of talented artists making great and not just popular mainstream music.

Despite these misgivings, between Badu, the performances, Kenneth "Babyface" Edmonds receiving the Legend Award and Jill Scott receiving the first Lady of Soul Award, hopefully the Soul Train Awards 2015 will once again be must see TV when it airs on Centric and BET on November 29th at 8 p.m. Check out the entire list of nominees below, and let us know who you're rooting for or is missing from the list and if you'll be tuned in or sitting this one out.

Best Gospel and/or Inspirational Song
Erica Campbell – “More Love”
Fred Hammond ft. Breeann Hammond – “I Will Trust”
Kirk Franklin – “Wanna Be Happy?”
Lecrae – “All I Need Is You”
Marvin Sapp – “Yes You Can”