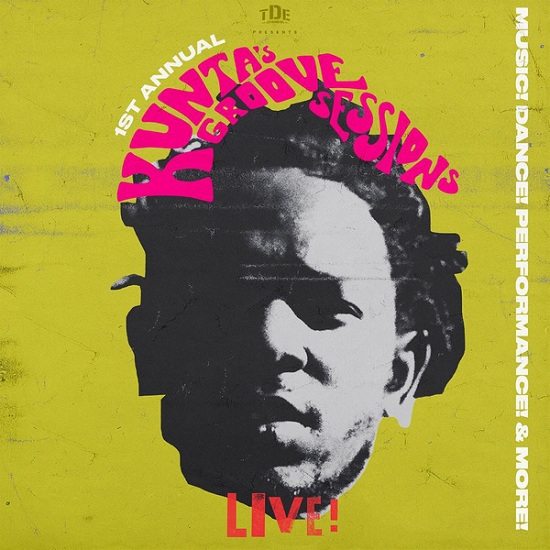 It seems like we've all been under Kendrick Lamar's groove since he released the critically acclaimed To Pimp A Butterfly in March. Since then, the "Alright" rapper has been hitting stages at festivals all over the nation. But many folks have noticed that he didn't perform much of TPAB outside of the handful of released singles. It looks like that trend will change when he hits Washington, DC to perform with the National Symphony Orchestra. But if you happened to miss out on tickets to that show, which sold out in the blink of an eye, don't fret as it seems that you'll have another chance to see the good kid on stage — eight more chances, to be exact.

K. Dot took to his woefully underused Instagram profile to announce Kunta's Groove Sessions. According to the caption that accompanied the image he posted (which you can view above) the series will consist of "8 cities. 8 nights, 8 intimate shows." But, being that Kendrick has a flair for the cryptic, there's not much else available. None of the eight cities or dates were announced and no other details were provided. Still, there are murmurings that the shows could include some of his TPAB collaborators and other surprises. Of course, we won't know for sure until an official announcement comes from him and his camp. In the meantime, you can let us know what songs and guests you'd like to see at shows in the comments.


TAGS:  kendrick lamar
Previous: Drake & Beyoncé Are Full Of Questions On ‘Can I’ Collaboration Next: DAWN Takes ‘Billie Jean’ To The ‘Dance’ Floor