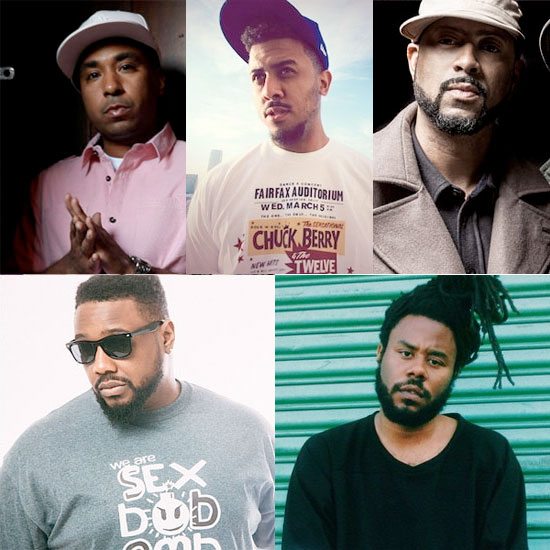 A collaboration between five musical juggernauts is bound to be dope, and that’s exactly what the new sexy single “Finer Things” is. The track is the second that’s been released from the upcoming album Bad Neighbors, the collective brainchild of MED, Blu and Madlib, and it features SoulBounce fam Phonte and Likewise.

“Finer Things” sounds like the smooth hip hop soundtrack to late night cruising around the way with bae. The song opens with a sweet female vocal sample before the bass drops, heavy and hard. Likewise gives the notorious producer Madlib props in the second verse of the song with, “It sound royal when you let Madlib design sound for you.” “Finer Things” does sound royal and has a sort of golden glow with shimmering hi-hats and synths. Phonte of Little Brother and The Foreign Exchange fame adds sensual, lubricious vocals on the hook over the soulful track. MED, Likewise and Blu exert their lyrical dexterity and power as they rap about the great things in life this world has to offer, mainly “fur coats,” “Benzes” and “Crown Royal.” There is some romance intertwined in the lyrics, though. Phonte raps poetic, “Hold me down when I'm on a tour / A marriage of minds, no common law” and “Make me give to your whims / Make me want to crawl.” To him, being in love is one of the finer things in life, right up there with the luxuries MED, Likewise and Blu mention in their verses.

Bad Neighbor is set to drop October 30th and will include appearances from other industry favorites like MF DOOM, DâM-FunK, Aloe Blacc and Mayer Hawthorne. Give “Finer Things” a listen, and watch out for the release of Bad Neighbor. If “Finer Things” is any indication, the album is bound to be a banger.