Melanie Fiona Takes A Stand In ‘I Tried’ 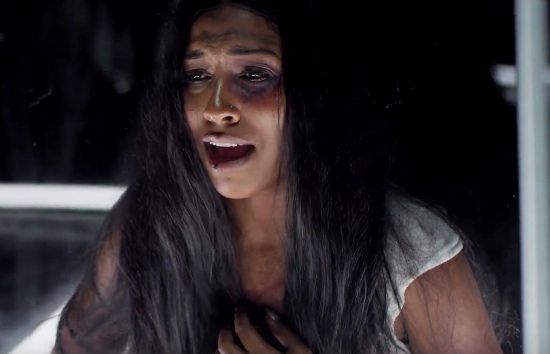 It's been an agonizing wait, but Melanie Fiona is finally getting ready to release her next album, Awake, in early 2016. Fiona has done a lot of living in the years since 2012's The MF Life and it's reflected in her new music. After kicking a no-good lover to the curb in "Bite the Bullet" earlier this year, now she simultaneously dropped the heavy load of her new single and video for the song "I Tried."

For the Carmen Murray-directed video, Melanie is found in a clear glass box. She's at first doubled over on the floor before she rises to her feet. Upon closer inspection, however, we see the beautiful singer's face and body battered and bruised. She beats against to glass walls to get out to no avail. We're taken aback to see her in that state, but then real-life newspaper headlines from AWAKE NEWS splash on screen that really disturb. The headlines address numerous societal ills including domestic violence, rape, mass shootings, human trafficking, police brutality and the deaths of Trayvon Martin, Mike Brown, Eric Garner and Sandra Bland. The imagery is simple yet powerful, but so are Melanie's lyrics, as she passionately sings, "Even at my strongest, you're the one I can't defeat."

The video fades to black and ends with a quote from Melanie herself: "For those who have fallen victim to the darkness, we will rise to a new dawn." Kudos to Melanie Fiona for using her celebrity to make a statement and urge people to wake and rise up. 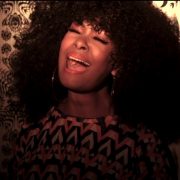