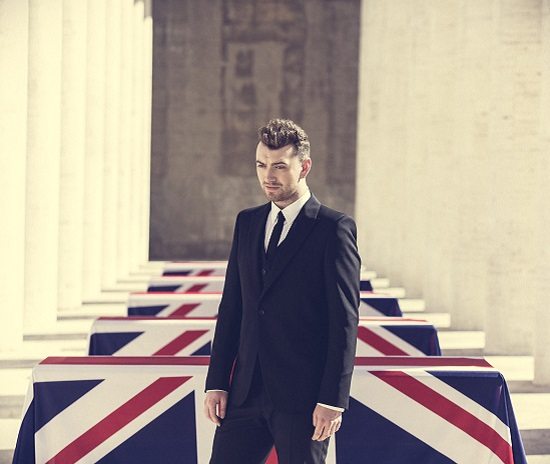 With 23 films in the James Bond series, Bond themes could very well be their own genre of music. And within that genre, you'd have inventive unexpected takes (think "Nobody Does It Better" or "Die Another Day") or songs with the expected flair for the dramatic (think "Skyfall" or "Diamonds Are Forever"). "Writing's On the Wall," Sam Smith's contribution to the Bond universe, with its orchestral arrangements and soaring vocals, definitely falls in the dramatic category and Sam further sets that mood with its accompanying video.

The clip finds Sam mostly standing amid stark surroundings as he croons the tune, the only movement occurring is mostly from the camera as it moves closer to and away from him. This is juxtaposed against clips from the movie which feature quite a bit of movement, including Bond slinking through shadows and, of course, having his way with a couple Bond girls. If this weren't for a spy thriller, we would say that the video is a rather bland affair, but being that this is meant to set up the mood for the upcoming Spectre, it does its job nicely. From the feel of the song to the solitary confines of the clip, you get the feeling that this will be a moodier, more emotional Bond film than before. So to that effect, mission accomplished.

"Writing's On the Wall" is available now on iTunes, and you can check out the video right here.


TAGS:  Sam Smith
Previous: Morning Soul: Don’t Want To Give In So We Both Gave Up Next: Christopher Williams Proves It’s Never ‘Too Late’ With Surprise Comeback Single 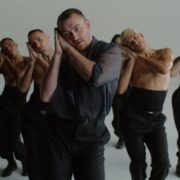