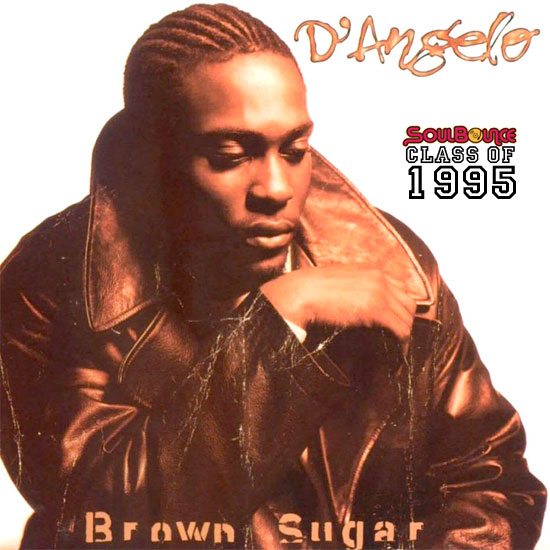 The origins of what would become known as neo soul are murky. Though record executive Kedar Massenburg is often credited with coining the term, its musical origins go back a bit further. Elements of the sound can be heard in the acid jazz of The Brand New Heavies and the funk of Jamiroquai. Then there's the music of British singer Omar, which many say laid the groundwork for what was to come. Then there are the before-their-time releases from American artists like Meshell Ndegeocello and Joi that preceded the mid-'90s boom. But most would agree that if you're looking for the first definitive neo soul album, then you start with D'Angelo's 1995 debut, Brown Sugar.

Prior to Brown Sugar's July 1995 arrival, D'Angelo had been mostly known for co-writing the ensemble R&B hit "U Will Know," which was lifted from the Jason's Lyric soundtrack and garnered him major buzz in the industry. But it's those first organ chords of "Brown Sugar," which he co-wrote with A Tribe Called Quest's Ali Shaheed Muhammed, that really made people take notice of Mr. Archer. Syrupy sweet and filled with thinly-veiled innuendo, the debut single was a shoo-in to spark interest in the soulful newcomer. It also exemplified the smoky soul that was to come from the album. Tracks like "Alright," "Jonz In My Bonz," "Smooth," "When We Get By" and "Higher" showed off a musical talent and skill that belied his young age of 21, with the virtuoso dabbling in elements of jazz, gospel, soul and funk while forging his own unique, off-center style.

But the album's standout moments are what truly endeared fans to the Virginia native. D's cover of Smokey Robinson's 1979 single "Cruisin'" was released as the set's second single and showed more of D'Angelo's old soul. While not a note-for-note remake of the timeless original, he hewed pretty true to the source material while coating it in a modern sheen that listeners gravitated to with ease, garnering it a top 10 peak position on Billboard's Hot R&B Singles charts. Then there's the raunchy and real "S**t, Damn, Motherf**ker." Centered around a narrative about a husband coming home to find his best friend and wife in bed and the subsequent meltdown he has, was a funky take on the blues lament that showcased that D could weave a story with his lyrics just as well as he could unleash his falsetto wails. Elsewhere, the buttery soul of "Me and Those Dreamin' Eyes of Mine" made unrequited love sound so lush and romantic that you'd be willing to risk the inevitable heartbreak that comes along with it. And then, of course, there's the album's most successful single, "Lady." Co-written with Raphael Saadiq, the song was at once an ode to his ride-or-die chick and a warning to other brothers to back the hell up when it comes to his queen. The bold statement was swathed in D's signature harmonies while it got its funky backbone from Saadiq's masterful bass, proving that these two were a winning combo — one that would be revisited on D'Angelo's second album and provide him with perhaps his best known song, 1999's "Untitled (How Does It Feel)."

The legacy of Brown Sugar is still felt today. D'Angelo, along with the other members of the American neo soul triumvirate — Maxwell and Erykah Badu — would help usher in a unique sound that forever changed the landscape of soul and R&B and provide those looking for a respite from the hollow, inconsequential R&B found in the mainstream with something of substance. After eventually achieving Platinum status with his debut, D would go on to release his stellar sophomore set, Voodoo, in 2000 on his way to becoming one of biggest R&B stars of his generation. Unfortunately, Voodoo's meteoric success nearly derailed his career, with D delving deeper into his demons after the album's blockbuster status and his sudden thrust into the upper echelon of fame proved too much for him to bear. He notoriously spent the next 14 years in seclusion, only popping up in the public eye for a handful of arrests that signaled his story wouldn't have the happy ending we'd all hoped would happen. Luckily, D'Angelo was able to overcome his troubles and return to the limelight in late 2014 with his modern masterpiece Black Messiah, arguably some of the best work of his career. So, while we celebrate his return, we also honor the album that started it all and introduced us to his undeniable talent.