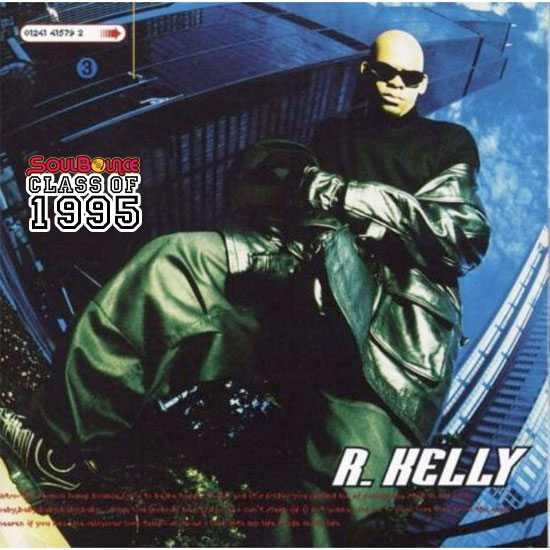 In 1995, R. Kelly was a certified R&B hitmaker coming off of the success of his solo debut 12 Play in 1993 and his work on Aaliyah's Age Ain't Nuthing But A Number in 1994. He was flying high on the charts and became a much sought after songwriter and producer, but there was something much more sinister afoot in his life outside of the limelight that the general public was largely unaware of. Today, it's well known that his association with Aaliyah moved beyond the professional into the personal when they married in August 1994 when she was 15 and he was 27. The secret, illegal marriage was annulled six months later in February 1995, and life went on for both artists despite rumors and eventual revelations.

Within the context of this period in R. Kelly's life, in November 1995 he released the self-titled R. Kelly album and it began with the song "Intro - the Sermon." On the gospel-influenced track R. plays a preacher in the pulpit who's addressing his congregation of haters and includes the line, "Just like the song says ain't nobody's business what I do / Now can I move on?" This guy.

A closer look at some of the lyrics found on R. Kelly's songs makes it apparent that Kelly himself may have been the one having trouble moving on. Lyrics on album cuts such as "Not Gonna Hold On" ("Can't you see we were meant to be oh baby"), "(You To Be) Be Happy" ("Everyday and night I pray love will swing you back this way"), "Heaven If You Hear Me" ("Darlin' come back to me") and "Religious Love" ("For God only knows how much I miss you") sound like he's pining over his child bride Aaliyah. The thought is enough to make your skin crawl in 2015.

Looking back on R. Kelly through a 1995 lens, however, his alleged proclivities were generally unknown and didn't take away from the enjoyment or popularity of this album. R. Kelly served as an evolution in his sound and songwriting and topped both the Billboard 200 and R&B Albums charts. The track "You Remind Me of Something" was Kelly's first single from the album and an early foray into cleverly (or ridiculously) comparing women or their body parts to objects or things, in this instance his jeep, his sound, his cars and his bank account. The head nodder and body roller blended R&B and hip hop soul and became his fourth No. 1 on the Hot R&B Singles chart.

The next single "Down Low (Nobody Has to Know)" followed the first to No. 1 and featured the talents of Ronald Isley and Ernie Isley. Both members of The Isley Brothers were in more of a supporting role to R. Kelly on the track about secret lovers, but when it came to the music video, Ronald stepped into a starring role with the introduction of the character Mr. Frank Biggs, who would go on to have a life of his own in later tracks and video from Isley and Kelly. The slick Hype Williams-directed video also starred Garcelle Beauvais as the woman in the middle of the love triangle and it was full of melodrama -- a precursor to Kelly's Trapped In the Closet saga.

Third single, the stepper's groove "Thank God It's Friday," sounded more like a Zhané song with its mellow smooth R&B vibes, whereas the final single "I Can't Sleep Baby (If I)" was a big R&B ballad that sonically sounded closer to "I Believe I Can Fly" (which would drop the following year) than anything R. had released up to that point.

R. Kelly the lover was in full effect on R. Kelly on songs "Step Into My Room," "Baby, Baby, Baby, Baby, Baby...," "Religious Love" and "Tempo Slow." Unlike the sex jams on 12 Play, with the exception of "Tempo Slow" the slow jams on R. Kelly were more agape than eros. None were released as singles, but they could have easily been and remain favorites. Conversely, songs like "Hump Bounce," "Not Gonna Hold On," "Love Is On The Way" and even "(You To Be) Be Happy," which featured The Notorious B.I.G. on a recycled sample, were listenable for the times, but were overall pretty unremarkable and definitely album filler.

The album ends on a seemingly more sincere note than it started with two songs, the inspirational interlude "As I Look Into My Life" and R.'s "prayer" "Trade In My Life." The prayer on "Trade In My Life" started off as a song to a woman who he's lost, but it segues into a gospel song with its organ, choir, arrangement and R. Kelly quoting scripture. However, don't be fooled. Here again, a look at the lyrics shows that this could potentially be about Aaliyah: "We both know that we made a vow - said we'd always be together / That our love would endure, yes / But now you're gone and I'm all alone / But I need you here and I'm willing to trade it."

And so it goes that R. Kelly came full circle. Yes, it was a fine body of work that for the most part holds up well today. The eponymous collection truly reflected who he was at the time, and looking at it under a microscope provides an uncomfortable perspective. R. Kelly the album was just another musical chapter in the life of R. Kelly the man with more issues than Billboard.