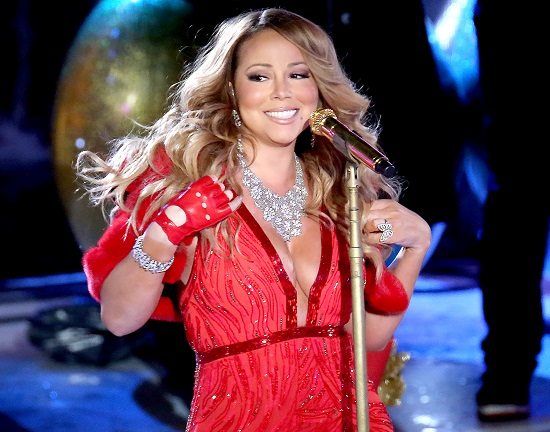 It's beginning to look a lot like...Mid-October. Despite us not even deciding on our Halloween costumes yet, Christmas plans are already in the works in the entertainment world. Mariah Carey, a longtime purveyor of Christmas who contributed the contemporary classic "All I Want For Christmas Is You" to the holiday songbook, knows what she'll be doing this holiday season. The pop diva has announced her return to New York City's Beacon theater for her annual holiday concert series.

MC will be gracing the famed venue for five nights to perform selections from her Merry Christmas and its sequel Merry Christmas II You, but were sure she'll probably work a few of her other classics into her sets. She'll be performing five nights in December (December 8th, December 9th, December 14th, December 15th and December 17th), with tickets for the outing going on sale at 10 a.m. on October 17th, with a special presale via Ticketmaster starting on October 12. If you have a Mariah fan in your life, then this will surely fulfill their Christmas wishes. (Meanwhile, we'll be hoping that she doesn't repeat her downright grinchy performance at the Rockefeller Center tree lighting last year.)

Are you excited about Mariah's upcoming holiday extravaganza? Let us know in the comments!