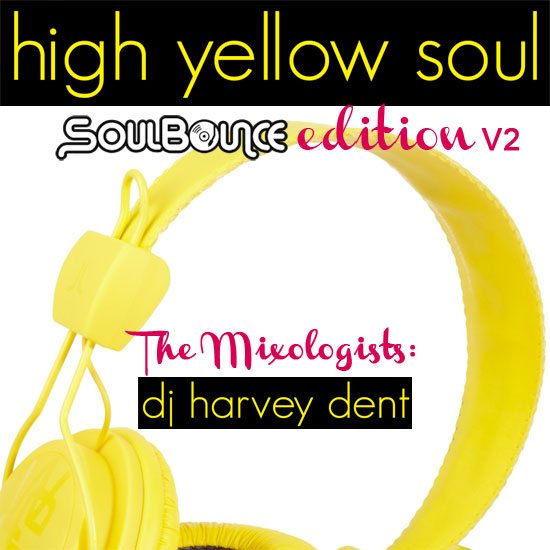 The season's have officially changed, and October is here to usher us into the home stretch of 2015. We still have the final quarter to go, but there has already been some slamming music released this year. We've been jamming to newness from Janet Jackson, The Foreign Exchange, Jill Scott, Kendrick Lamar, The Internet and so much more non-stop. Our main Mixologist dj harvey dent has been peeking at our playlists apparently for his latest mix, High Yellow Soul: SoulBounce Edition V2.

dj harvey dent has taken some of our favorite soul, R&B and hip hop joints from this year and jams from the past to hook up a lovely second edition to his High Yellow Soul mix series exclusively for SoulBounce. The companion mix to High Yellow Soul: SoulBounce Edition will have your head nodding, feet tapping and hips swinging just like that one did. Press play and get into dj harvey dent's latest groove and cop the free download while you're at it.