Tweet Keeps It Sweet In ‘Won’t Hurt Me’ Music Video 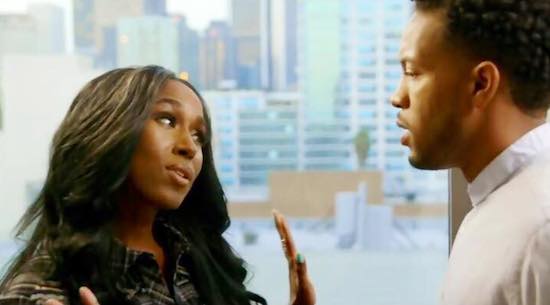 You already heard Tweet's official comeback track "Won't Hurt Me," and now she's back with the visuals directed by Matthew A. Cherry. The soulful single is about Tweet taking back her power and making it abundantly clear that she's not a fool. In the video, we find Tweet chilling with a few of her very attractive friends for an innocent game night when ex-bae rolls in. The "Oops (Oh My)" singer gets into it with her ex since he's on team too much and can't seem to act right at her house. What she does best in the video is act as sweet and classy as her vocals. The songstress remains unbothered and deflates ex-bae's ego with kindness as she waves him out of the door. We find out why Tweet is so unaffected, however, once we get to the end of the video, so hang in there for a little surprise.

While she's keeping it cute and classy in her visuals, she's getting candid on her upcoming album. Slated for release in early 2016, Charlene will show how much she's evolved as a woman and an artist. Since we've been cranking Southern Hummingbird and It's Me Again for years now, we're happy we finally get something new from one of our favorite voices. Right now, you can purchase her latest single at iTunes, Google Play and other retailers. Watch "Won't Hurt Me" right here, and let us know if Tweet's sweet vocals and actions add enough honey to your tea.


TAGS:  matthew a. cherry, tweet
Previous: ENTRSTELLAR Gives Our ‘Girl’ Teedra Moses A Worthy Remix Next: Zepherin Saint, Ann Nesby & G3 Help Give Us An ‘Optimistic’ Outlook With This Sounds Of Blackness Remake