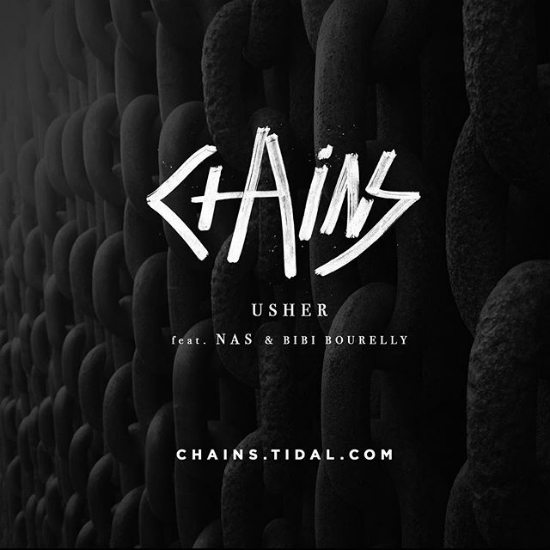 If you think the Black Lives Matter movement is slowing down, think again. Whereas many musicians have been mum, newly married R&B singer Usher is speaking up and singing out on the new song "Chains" with an assist from Nas and singer/songwriter Bibi Bourelly, who is most famously known for writing Rihanna's "B***h Better Have My Money."  The song was released exclusively on TIDAL with a haunting set of visuals, detailing stories of victims of police brutality and racially-motivated murders. The gripping video has a "Don’t Look Away" interactive feature, wherein you can't listen to the song unless you actually look at the video that slain victims such as Trayvon Martin and Rekia Boyd. Using your webcam and facial recognition, the minute you stop looking into the victims' eyes, "Chains" stops. The song itself is pretty infectious and could easily be confused for a club banger, if not for the lyrics, where Usher repeatedly proclaims, "We still in chains."

Usher said in a statement, "When we look away from this problem it gets worse. To fix it, we have to face it." Amen, brother. Proceeds from the sale of "Chains" will be donated to a donor advised fund managed by social justice organization Sankofa.org. Watch "Chains" closely below, and look out for Usher to perform this song live for the first time at the big TIDAL X: 1020 concert on Tuesday, October 20th. If you don't have a ticket to the inaugural event in Brooklyn, NY, don't forget that you can catch the wordlwide livestream from Barclays Center on TIDAL.