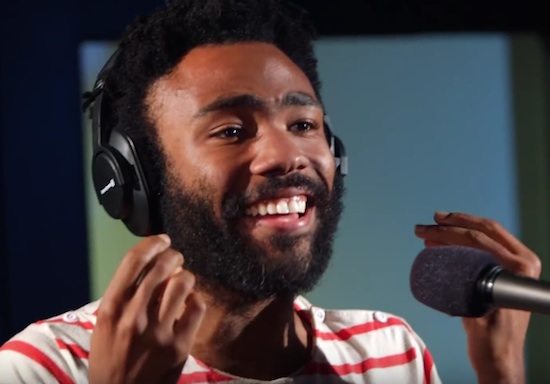 While everyone and their momma is covering Drake's “Hotline Bling” our boy Donald Glover A.K.A. Childish Gambino has dug deep into the vault to pull out the criminally undervalued Tamia classic, “So Into You.” Rerecorded as part of Australian radio station Triple J’s Like A Version segment, the multi-talented performer has set the Internet and our ears ablaze with his heartfelt rendition of the '90s R&B hit.

Performing with only his band, his wits and a neanderthal-like beard, Glover comes through with a laid-back and chilling rendition of the song. There is no way Gambino’s voice could ever hit the same notes as Tamia Hill, even on a low-key song such as “So Into You.” Thankfully, he doesn’t try too hard to replicate her vocal gymnastics, focusing more on giving a nuanced and emotional version, channeling Michael Jackson more than Ms. Hill, creating a cover that is quite impressive in its own right. Even Tamia had to give the boy his props.

Childish Gambino has been moving more and more into singing territory over rapping, with a cover of P.M. Dawn’s “Die Without You,” Bruno Mars’ “Marry You” for the Magic Mike XXL soundtrack and his own “Sober.” While Gambino has said he will probably end his rap career (could this mean a move to R&B?), there have been rumblings that he does have a new project in the works. Whatever the  comedian/rapper/actor turnt sanga has cooked up, it sounds like it will be worth the wait.