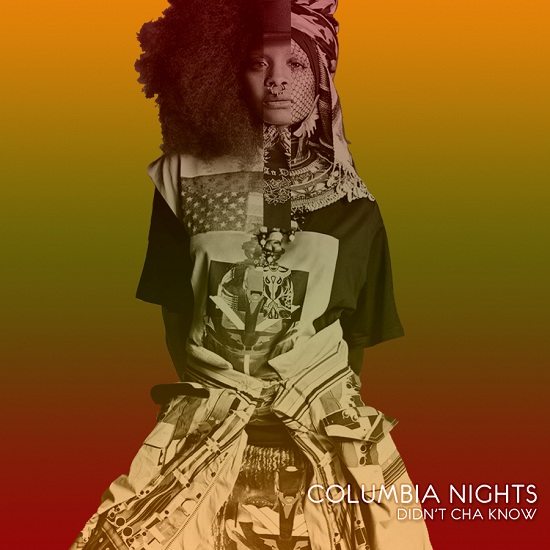 Time flies when you're listening to good music. Case in point, Erykah Badu's seminal classic Mama's Gun reaches the 15-year milestone tomorrow (November 21st). The release, considered by many to be Erykah's best work and the crown jewel of neo soul releases, featured an undeniable collection of songs on life, love and the state of the world that resonated with an entire generation.

To mark the momentous occasion, Bounce-Worthy group Columbia Nights decided to pay tribute to the green-eyed neo soul high priestess with their own take on Mama's Gun's second single, "Didn't Cha Know." The J Dilla-produced number and fan favorite is reimagined by the Washington, DC collective with a little help from frequent collaborator Vaughn Octavia. They pick up on the original's dreamy groove, heavily influenced by a sample of Tarika Blue's "Dreamflower," and add their own soulful, jazzy spin to the affair with a woozy bass line, symphonic strings, programmed drums and a bit of electronic flair. With Vaughn's breezy vocal leading the way, it's a remake that does Badu proud.

Speaking on the cover, the group had this to say: "Mama's Gun was a record we came of age to as we developed our musical, cultural, and political identities. As part of the "holy trinity" of Soulquarian albums released in the year 2000 (along with D'Angelo's Voodoo and Common's Like Water for Chocolate), this album's sound embodied a movement. When approaching Erykah's classic J Dilla production "Didn't Cha Know," we observed how her sound has evolved and pushed ourselves to do the same. Thank you, Ms. Badu."