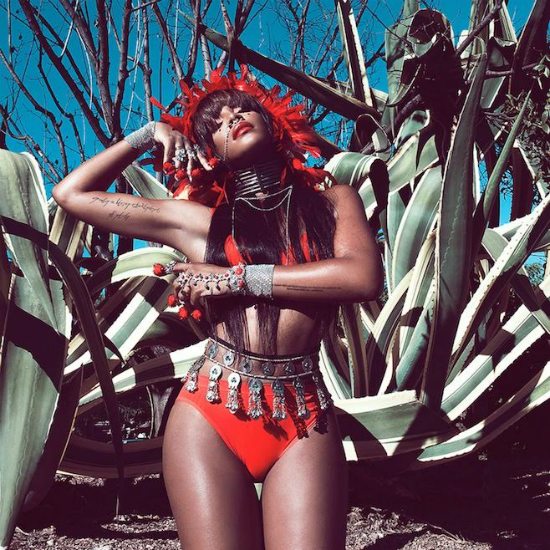 Adele released her third album 25 today, which means the world rejoiced, cried musical tears of joy and the cover floodgates were officially opened. Crooner Joe and songstress Jade Novah, who hopped on the Adele train good and early, both delivered some amazing versions of the ballad. The latest cover is provided by D∆WN, who just gave us her take of the Brit singer's "Hello," which we actually weren't expecting. D∆WN doesn't hold back on the beat or her vocals, even chopping and screwing a few of her ad libs. While she purrs over the funky synth-heavy instrumentals, all we can do is body roll. Compared to the original, the refixed track sounds closer to a revenge party anthem than a cryfest. The Queen of Alternative R&B adds soul and dance to the track and creates a seductive and sexy fog over the track we didn't think we didn't even think of when we heard the original.

Ms. Richard takes the Swagg R'Celious-produced track and makes it her own to the point where you almost want to wave goodbye to the original. OK, not really. But she brought her 'A' game to a track that already passed with flying colors, and for that reason we may just keep it on repeat. All of her recent releases and remixes are getting us primed for her 2016 album Red Era. While we continue to catch the beat in our seats, listen to D∆WN's version of "Hello" below.