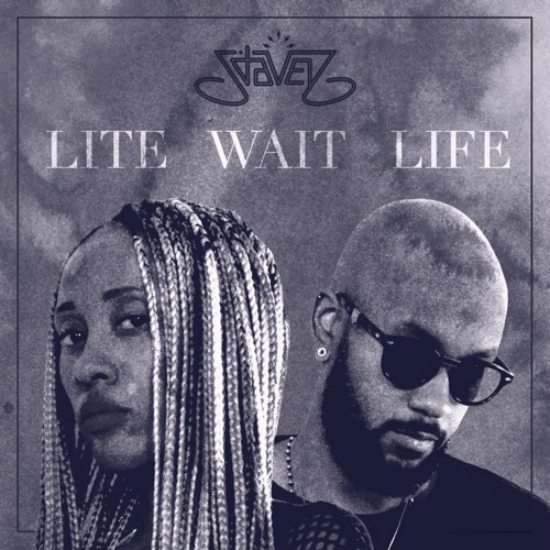 J*DaVeY is the type of group that always has something brewing, so when posts on their social media with the hashtag #LiteWaitLife started popping up many, including us, started wondering what the duo was up to. Well wonder no more as the twosome has just unleashed their latest release, which is, of course, titled #LiteWaitLife.

The EP is a set consisting of four songs laced with their electric, eclectic California style. However, this time around, there appears to be a twist. The forever feisty singer Miss Jack Davy, who has dabbled in spitting rhymes before, embraces the art of rhyming even more on this set, proving that she truly can do just about anything. Things kick off with the appropriately named "Outburst." While Brook D'Leau drops his signature wavy  production, Jack coos, "Cool out, way out." Then, among all that chill, frequent collaborator Def Sound comes through with an incendiary verse just as Brook turns up the bumping beat. But the song can't end without Jack taking her turn, riding the beat out with a nice flow before popping a chill pill just before the next track.

Next up is "YOY," a song that returns to some of the sounds featured on New Designer Drug. As synths buzz, Jack's distorted vocal takes us into the song as she ponders, "Why oh why am I always the bad guy?" "Center of the Earth," on the other hand, rocks out with heavy-hitting drums and buzzing guitars on the chorus but delivers dreamy, floating sounds on the verse. But they save the best for last with "Leashes." Miss Jack is back to rhyming as she flexes poetic on just how fly she and her crew really are. And when Brook flips the beat, she unleashes a solid final remark, letting you to know that if you "keep your freak off my leash, I'll keep my leash off your freak."

The new music is just being released for releasing's sake, though. It comes just ahead of their Lite Wait Life residency at Los Angeles Lyric Theater, which kicks off this Friday (November 20th) and will continue on December 4th and December 18th. Tickets for those shows can be purchased here. #LiteWaitLife is available for free streaming for a limited time before becoming available for purchase digitally on January 12th. Stream the EP in its entirety right here.