Jonathan McReynolds & India.Arie Sing To The One Who Makes Them ‘Whole’ 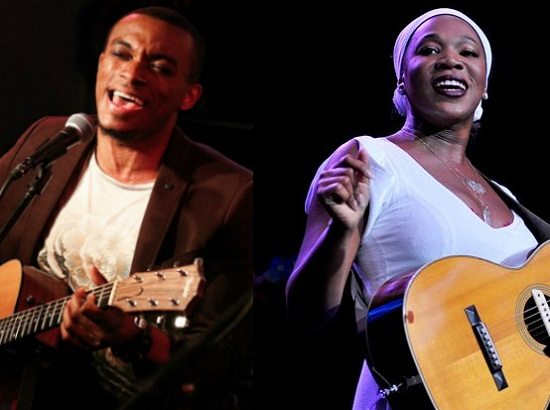 As they get ready to embark on a tour together this December, Jonathan McReynolds and India.Arie release the lyric video for their duet "Whole." The uplifting anthem praising the One who makes the broken whole again gets a clip directed by Jaiyde Walters-Smith that weaves in the lyrics atop related nature scenes such as blooming trees, birds flying or sunny blue skies.

Although McReynolds and Arie aren't in the visuals, they will soon be seen together on the aforementioned concert tour, India.Arie Presents Christmas With Friends Tour. The concerts kick off on December 13th in Boston, MA before hitting Washington, DC; New York; Pennsylvania, Maryland and Tennessee. Jonathan will serve as the opening act for this tour to support India.Arie's newly released holiday album with Joe Sample and a host of other artists, Christmas With Friends.

While you wait for these two friends to hit the road,  their song "Whole" can be found on Jonathan's sophomore album, Life Music: Stage Two, which dropped in September and hit the No. 1 spot on the Billboard Top Gospel Albums Chart where it sat for four weeks. Both Life Music: Stage Two and Christmas With Friends can be found at online and brick and mortar retailers.