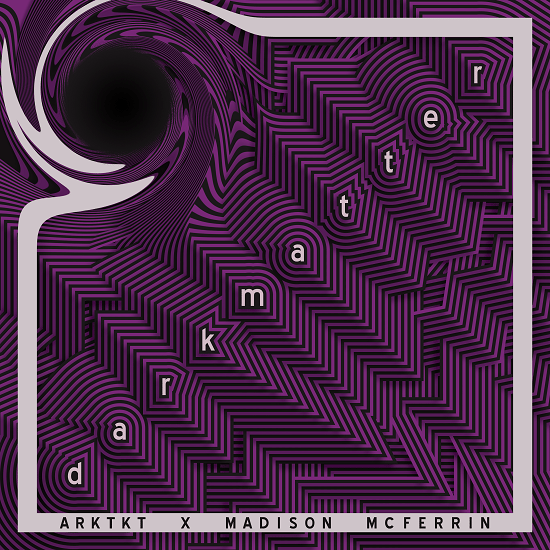 Everywhere you turn these days, it seems that there's some article prematurely announcing the death of R&B. But, as any true music listener and lover knows, the genre is actually flourishing. Sure, its mainstream offshoot is a bit stale (though, even there, new entries from a few established acts beg to differ), but proof of life isn't hard to find, especially if you look beyond the confines of Top 40 radio.

Two people keeping the flame burning are singer/songwriter Madison McFerrin and producer Jarred Barnes, who is better known as ARKTKT. The twosome have come together for a brand new five-song EP they're calling Dark Matter, and SoulBounce has the exclusive premiere of the EP stream. The project began when the two collaborated on the set's final track, "The Chase," while students at Berklee College of Music. The fateful collaboration revealed an unexpected chemistry between the two, setting off the three-year process that produced Dark Matter.

The EP is filled with songs that experiment with hip hop, R&B, jazz, future soul and electronic elements nimbly. Opener "Make Me" finds the sweet-voiced Ms. McFerrin singing to a lover that makes her feel good over warm, flowing production that incorporates synths, keys and horns dreamily. Then there's the stutter-stepping "What If I," the woozy rhythm of which underscores Madison contemplating what could've been before interestingly quickening its pace before resuming its previous cadence. The spacey, glitchy "Constantly" almost sounds like it was lifted from Amel Larrieux's solo debut Infinite Possibilities and features a quick rap. And then there's the seductive "Tantalizing," which percolates with longing heightened by its lush harmonies. However, the best thing here is the original composition that started the pairing, "The Chase." Pillowy soft production buoys Madison's wispy vocal as she reminisces on a love that she can't seem to let go.

One listen to Dark Matter, and you'll definitely be intrigued by the twosome. If you happen to live in NYC, you can catch them celebrating the album's release tonight at 8 p.m. at Brooklyn's C'mon Everybody alongside friends Chargaux and Sonnymoon. For more info, follow their respective Twitter accounts, @madmcferrin and @therealarktkt.