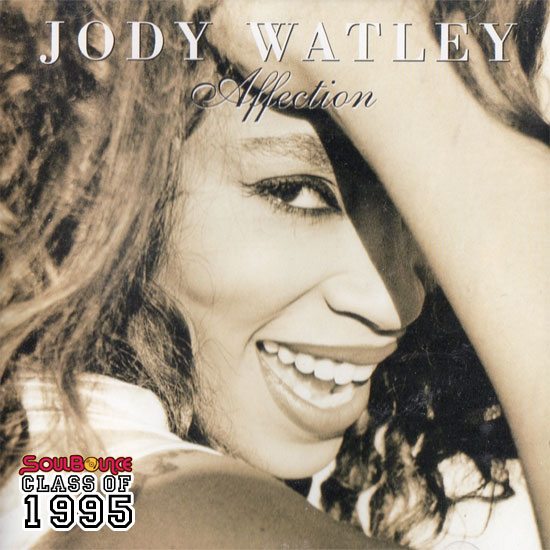 Being a Jody Watley fan requires patience and the ability to teach. “Why?” you might be asking. “I love ‘Looking for a New Love,’ so I don’t need to be schooled on Jody!” But therein lies the problem. Too many only understand her career in two parts: 1) Soul Train dancer and Shalamar member, and 2) the Jody Watley album and the accompanying Best New Artist GRAMMY. Whatever her latest project is usually gets greeted with shock that she’s still making music or that she’s even still alive. All of this despite putting the “artist” portion of her GRAMMY to work and churning out an evolving sound throughout the great void between 1987 and the present.

It’s there where you’ll find Affection, her independently released 1995 album, which arrived after four earlier studio sets on MCA Records and which she produced with saxophonist Derrick Edmondson. Continuing in the style of Affairs of the Heart and Intimacy, Affection is a solid — and overlooked and ahead-of-its-time — R&B-focused effort, delivering jazzy, soulful, groove-worthy melodies and vocal play, along with pushing her sound to delve into multiple moods.

One of those moods is sensual and it’s on full display during the album’s title track. “Make it a little sexy, a little funky, you know, a little Sade, a little James Brown … and a little Miss Jody Watley,” she says on an answering machine message preceding the cut. After laying the beatbox structure for the tune, percussion kicks in, adding a nice accent thanks to the crisp drum beats and fluid guitar licks stretched underneath Jody’s purrs for tender touches and “a little of your time.” “Affection,” the lone single from the album, reached No. 28 on the Billboard Hot R&B Singles chart and maybe managed to expand some minds with its chorus: “Don’t matter if you’re young or old / Don’t matter if you’re straight or gay / Everybody needs to feel love.”

“The Way, Pts. 1 & 2” is every bit as sensual as “Affection,” but don’t mistake it for makeout music. The 10-minute-plus jam instead offers advice to a sweet young thing who’s, ahem, hypnotized, as Jody calls her out through the cooing chorus: “It’s the way he moves it / Oh, you like the way he / F***s.” But Edmondson’s smoothed out sax solo that wraps up the tail end of the tune keeps things classy and thought-provoking. Meanwhile, “All Night Love Affair” embraces Venice-style flair, fitting firmly into playful romance music for the grown and sexy.

Speaking of romance, the tearjerking “Faithful” finds Jody questioning whether her lover can stay true — and, coincidentally or not, came around the time she divorced husband and collaborator André Cymone. Her inner Keith Sweat is in full begging mode on “Stay,” as she yearns for the good love referenced in “The Way, Pts. 1 & 2.”

Set-starter “The Beat Don’t Stop” adds another layer of strength to Affection, with epic symphonics complementing the funk melody. Perhaps the highlight of “Beat” is Jody reaching to the lower range of her vocals in a style reminiscent of “Still a Thrill” as she belts verses of empowerment. “Pride and Joy” might be the closest Jody came to an of-the-moment R&B offering on Affection, with flava-esque record scratches, chanting “heys” and street beat melding with smooth jazz instrumentation. Though not as hard as some of the other records released in 1995, it still encourages head nodding and toe tapping, actions that will likely continue over to “(We Gotta Be) Together” and “I Care for You.”

But leave it to a live version of “Looking for a New Love” to round out and sum up Affection. Whereas the original single was a slick, highly-produced synthesizer fantasy, the version here — and Affection in general — reveals how good Jody sounds live, stripped down and backed by a band. While demonstrating the timelessness of the lyrics to “Looking for a New Love,” Affection goes on to become a teachable moment that Miss Watley has a third chapter of her career as a tried-and-true show woman.


TAGS:  andre cymone, Class of 1995, Derrick Edmondson, james brown, jody watley, keith sweat, sade, shalamar
Previous: SoulBounce’s Class Of 1995: Brownstone ‘From The Bottom Up’ Next: Morning Soul: This Is More Than A Crush 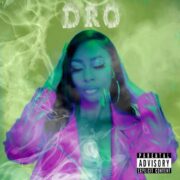