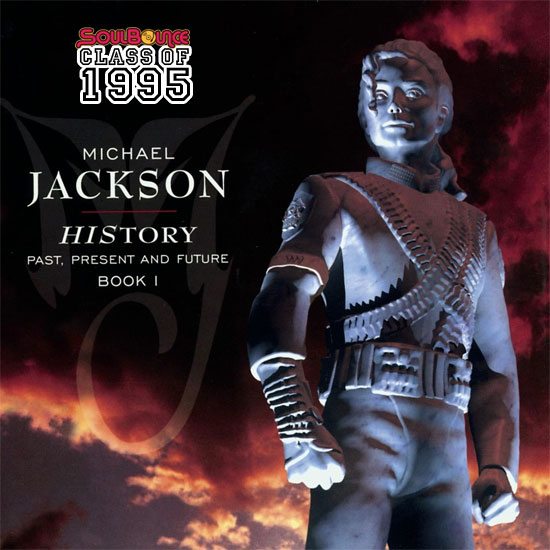 When Michael Jackson released his ninth studio album, HIStory: Past, Present and Future, Book 1, on June 16, 1995, his life was a circus. And for once, he wasn’t the ring master.

The undisputed King of Pop was still reeling from his 1993 child molestation allegations. While before Jackson courted attention at all costs, he now wanted to avoid the scrutiny of the tabloids and the 24-hour news cycle spotlight. When he recorded “Leave Me Alone” for his 1987 album Bad, Mike was just crying wolf. But, when he made the declaration to “Stop f**king with me” on “Scream,” he was telling the God’s honest truth.

HIStory was originally conceived as a greatest hits project with a few new songs, similar to his sister Janet Jackson’s Design of a Decade. However, Mike had too much to get off his chest. On HIStory, Michael covers topics such as racism, materialism, fame, corruption, media distortion, the environment and alienation. The project became a double album where the first disc would be 15 of Mike's greatest hits, while the second would be 15 new tracks.

Many of the new songs dealt with the sexual allegations. Some, such as “D.S.” and "Money," were super petty attacks on Santa Barbara District Attorney and the father of the alleged victim, both a bit too on the nose, lacking a sense of objectivity. “Stranger In Moscow,” however, takes his feelings of alienation during the trial and brings it to vivid life in an engaging and universal way. This pattern can be seen throughout the album on tracks such as "2 Bad,"Tabloid Junkie" and even "Childhood."

Disc two opens with blockbuster first single “Scream,” a collaboration between Mike and Janet. The only thing bigger than the song was the video, which featured the Jackson siblings on a space station occupying their time playing games like a couple of overgrown kids. The single would become the first song in Billboard Hot 100 history to debut at No. 5. This feat would be eclipsed by the second single, the R. Kelly penned “You Are Not Alone,” which debuted at No. 1. These songs would stand tall amongst the greatest hits on disc one of the project.

While Michael had a lot of belly aching to do, he did make time to craft a few pop gems. This includes the previously mentioned “You Are Not Alone,” the international hit “Earth Song,” the Beatles cover “Come Together” and the inspirational title track. On “HIStory,” Michael, along with producers Jimmy Jam and Terry Lewis and some great backgrounds from Boyz II Men, crafted a hodgepodge of historical sound bites and classical music into a truly stirring piece of music.

HIStory: Past, Present and Future, Book 1 debuted at No. 1 on the Billboard 200 and Top R&B Albums charts selling over 391,000 copies in its first week. To date, the album has sold between 20–30 million copies worldwide and is the best selling multiple-disc release and one of the best-selling albums of all time.

HIStory is often considered Michael Jackson's last great album. By the time Invincible rolled around, Michael's soul was battered by further allegations of sexual misconduct, arguments with his record label, health issues and damn near going broke. HIStory is a rare moment where an artist, facing daunting circumstances, was able to make a comeback. A child prodigy with a stern father, Michael's greatest talent wasn't his voice or his dancing, which were both immense, but his indomitable spirit. Facing the same circumstances, most people would have imploded. Instead, he crafted a diamond during one of the roughest periods in his life.