Tinashe Shows Us Her ‘Party Favors’ 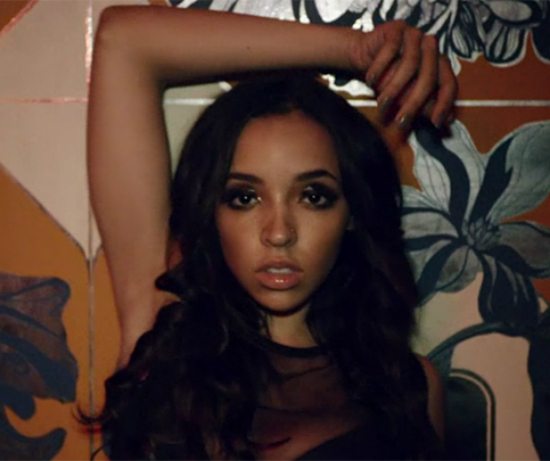 Tinashe has been keeping herself on our screens and playlists lately since the release of her sophomore album Joyride is right around the corner. Since she's on a promotional roll, it was only right that she drop off another video, and this time it's for her single "Party Favors" featuring Young Thug. While the rapper was pretty much cropped from the video's audio, Tinashe still continues to flourish and do ratchet things with her friends while seductively enjoying a lollipop. She and her friends pry into a grungy and super sketch building, throw a shindig and take selfies, of course. The seductive songstress dons a mini-skirt, writhes all over the place and gives us all the glitter and smoke shots we could ever want in life. Creepy and sexy to match the tone of the track, the video is right on par with what we can probably expect from her new album.

Just as a refresher, Tinashe most recently showed us how to be a "Player" with fellow crooner Chris Brown and later how to avoid the club let out in "All My Friends" with Snakehips and Chance The Rapper. Clearly there's an underlying theme here of sultry recklessness, but we'll wait to see what else the singer has to offer us before 2016 hits. Until we get more tracks from her second studio album, watch "Party Favors" right here. Joyride is set to drop in January.


TAGS:  Chance the Rapper, chris brown, Snakehips, Tinashe, young thug
Previous: SoulBounce’s Class Of 1995: The Roots ‘Do You Want More?!!!??!’ Next: Jennifer Hudson Takes ‘Chi-Raq’ To Church With ‘I Run’