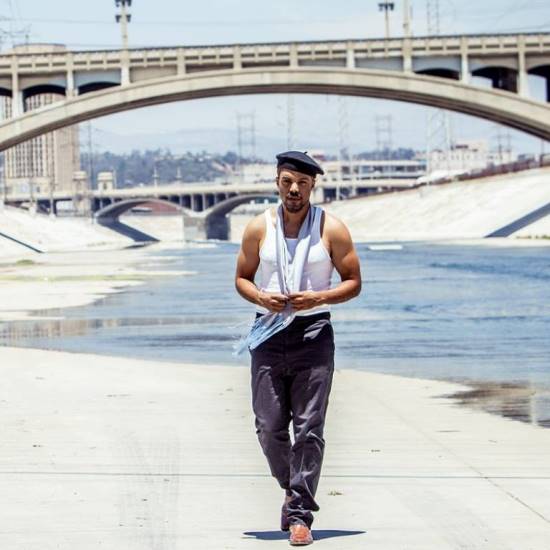 After the heralded release of his album The Fun Rises, The Fun Sets, it seems Van Hunt is making a purposeful attempt to hover just under the radar with his recent onslaught of unreleased gems. No fanfare, no press kits -- just some casual mentions via his social media sites. As if he doesn't know that we'd all leap at the announcement of some new music. His latest surprise, Free Association, is a mini aural feast featuring some interesting "collaborations." And while the buzz alone is enough to satisfy our musical craving, the fact that he's giving it away for free makes the indulgence all the more delectable.

The four-track EP draws its inspiration from a diverse group of artistic talents, all of which are featured in some way throughout the songs. While Mr. Hunt explains that "Each track is in association with other artists," further description comes by way of a Sigmund Freud quotation, "The importance of free association is that the patients spoke for themselves, rather than repeating the ideas of the analyst; they work through their own material, rather than parroting another's suggestions." Yes, we'll hear familiar elements, but be clear, this project is unmistakably a Van Hunt production.

First teased as a 30-second snippet during his PledgeMusic campaign last year, the funky, psychedelic-infused groove called "Music is a World Within Itself" is an unexpected mash-up of Stevie Wonder, James Brown and Maroon 5 that is refreshingly infectious. We turned the volume all the way up when we first heard "Muted Symphony" back in August, so we're excited to see Hunt's fusion of Sly Stone, Charles Stepney and Patrick Warren included in this set. Highlights of a stand-up routine from the late comedian Richard Pryor are prominently featured throughout the lush orchestrations of "i ben lOOk-n," making it an unforgettable and unpredictable musical narrative. Finally, his St. Vincent rework "Digi Wit (inappropriate mix)" is further proof that Mr. Hunt is masterful at sonic experimentations with soulfully futuristic rock and disparate sounds.

You can stream each track separately on Van's website, but why waste time when you can download Free Association in its entirety without spending a dime? We do believe in supporting good music, however, so make sure you grab a copy of Civilization (an unreleased concept album from 2008 that he just brought out of the vault) as well as other rarities and bootlegs via his website.