WatchTheDuck & Pharrell Williams Work It Out On ‘Stretch 2-3-4’ 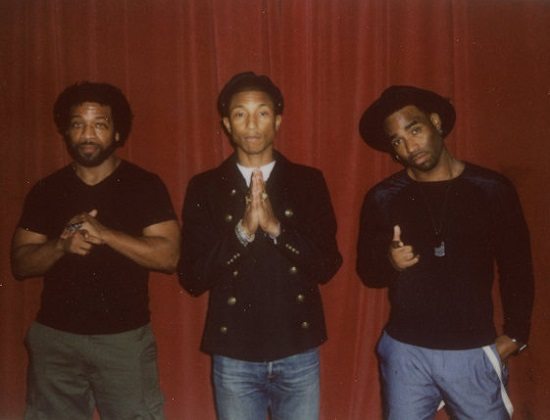 Ever since they arrived on the scene with "Poppin' Off," we've known that the fellas of WatchTheDuck knew how to get a party started. But what happens when the party starters add Pharrell Williams into the mix? We get to find out just that with their latest single, "Stretch 2-3-4."

The single, which is lifted from their upcoming EP The Trojan Horse, starts off with a banging beat as the group's vocalist Jessie Rankins delivers a raspy intro before the drums drop. And boy do they drop. The drums add another funky layer and also bring in Pharrell's catchy ad-libs, which sound like he's been spending a lot of time with some Jane Fonda fitness tapes. Meanwhile, Jesse and his partner-in-crime Eddie Smith III create an anthem (or at the very least a workout jam) for the ladies who might be using what they've got to get what they want. It's also for those of us who just want to turn up to yet another WatchTheDuck jam.

Are you ready to get this work? You can stream "Stretch 2-3-4" right here. As well, you won't have to wait very long for The Trojan Horse, which will feature appearances from T.I., ScHoolboy Q and a few others, as it's set for release tomorrow (November 20th).