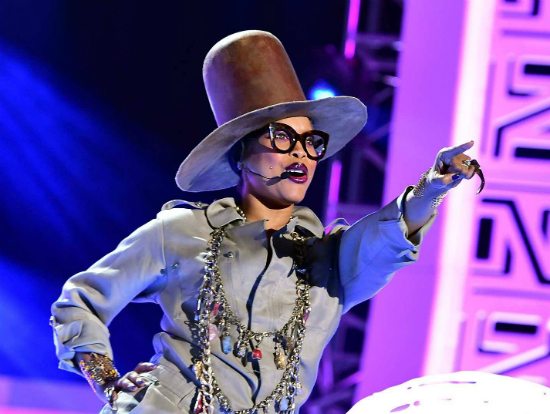 1. Erykah Badu, The Hostess With The Mostess


When we first heard that Erykah Badu was tapped to host the Soul Train Awards 2015, we were excited at the prospect, but she showed up and showed the hell out. Badu sprinkled her Black Girl Magic all over the Soul Train Awards stage from the time she step--er, rolled out onto it on a hoverboard to perform "Danger" with a crew of dancers. From there it only got better and better, especially during her monologue when she accepted a fake call from Iggy Azalea and cracked that what she's "doing is definitely not rap." Welp there it is! The Queen of Neo Soul later dropped it like it was hot during a brief performance of "Phone Down" and did a bit with the "real" Tyrone before singing her song of the same name. Not only did Badu host the 2015 Soul Train Awards with quick wit, fresh style and grown woman flair, but she was one of the writers and Associate Producer.

If Badu comes back to host next year, and we truly hope she does, the only things we'd change would be to have her rock some more fashionable on stage outfits (like the hotness she wore on the red carpet), and to not make anymore side-eye and "girl, bye" worthy statements about R. Kelly ("He's done more for the Blacks...").