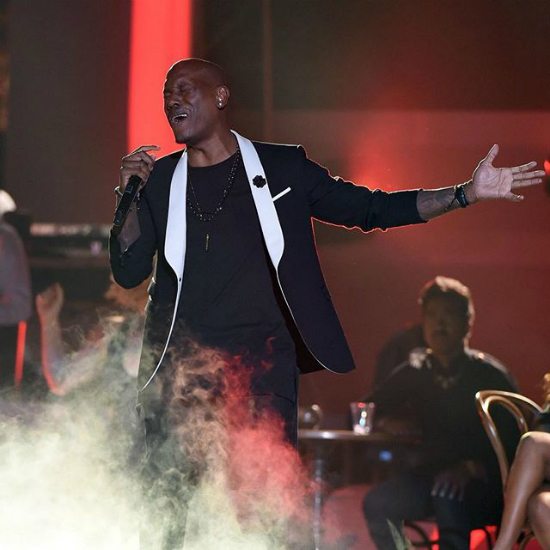 6. Tyrese Put It Down & Picked Up An Award

Goodness knows that we've grown tired of Tyrese always talmbout how he's bringing R&B back, how much respect the genre doesn't get, playing the underdog, blah, blah and blah. But we can't deny that the man can sing and sing he did during a spot-on performance of his single "Shame." The R&B crooner did his good singing and sounded pitch perfect (so much so that there are claims that he was lip syncing...say it ain't so!) bringing the dramatic track to life with not only his vocals but with all the action going on around him. Well, we actually could have done without all the people seated at the bar on stage watching him sing, but they didn't distract too much from the performance. Tyrese's voice made sure that we had its undivided attention.

After being one of the early performers to tear the stage down, Tyrese got another opportunity to be on it when he won the Centric Certified Award. And wouldn't you know it, he brought up the state of R&B again (Lawd!) during his acceptance speech. That is one consistent dude.