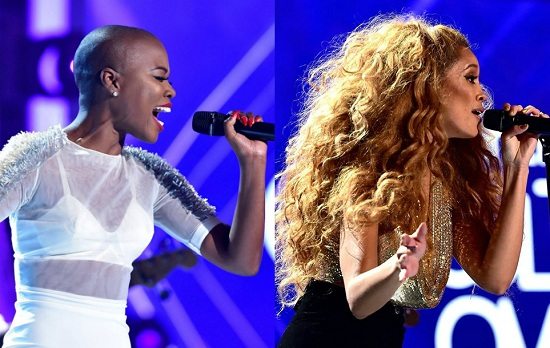 V. Bozeman and Lion Babe were chosen by Centric to get some shine on the Soul Train Awards 2015. Empire star V. performed first backed by the Adam Blackstone-led house band, and she gave the audience a little taste of her current single with Timbaland, "Smile." Later, before another commercial break, it was Lion Babe's time to show out, and it wasn't an "Impossible" feat thanks in part to lead singer Jillian Hervey's fluffy mane and super-high platform shoes. Astro Raw held it down on keys while the house band got down on everything else. Although both artists didn't get a lot of screen time with their short performances they had an opportunity to make a strong impression.