Brandy Debuts ‘Zoe Ever After’ Theme In New Promo 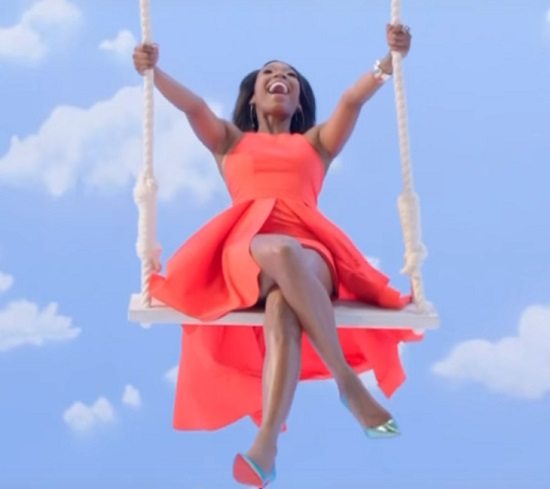 Back in October, BET gave us the first preview of Brandy's new scripted sitcom Zoe Ever After. The series, in which the actress/singer will play newly-divorced businesswoman Zoe Moon as she regains her footing in the world, finds the star returning to her sitcom roots and showing off her comedic chops once again. But don't think that means that we won't get to hear from Brandy the singer as well.

In a new promo for the series, we get to hear the show's theme — and like Moesha before it, it's being sung by Brandy herself. For the most part, B-Rocka is simply singing the show's name over and over again to an electronic dance groove, though the song's only verse does give us more insight into the premise of the program. "Finally, I'm in my own world," she sings. "My head is up / To the sky / And I'm flyin', flyin' high." To further illustrate that point, the 30-second spot, which recently ran during commercial breaks on the Soul Train Awards and The Wiz Live!, features Brandy on a swing among the clouds as she wears the hell out of a tangerine dress and silver Louboutins. If the show captures the carefree spirit the star exudes in this clip, then Zoe Ever After will indeed be a hit.

Check out the promo for yourself below. If it piques your interest, then be sure to tune into Zoe Ever After when it premieres on January 5th at 10 p.m. EST/9 p.m. CST.


TAGS:  brandy, brandy norwood, Zoe Ever After
Previous: After 7 Make A Smooth Return With ‘I Want You’ Next: Mark Ronson & Mura Masa Connect With Ibeyi’s ‘Stranger/Lover’