Chris Brown Is Up For Love In ‘Back To Sleep’ 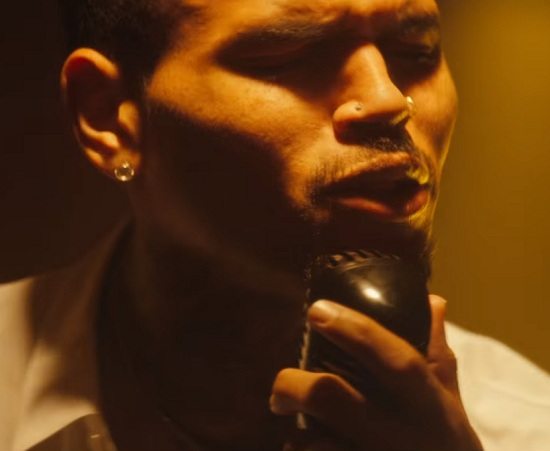 Chris Brown is set to deliver his seventh album Royalty this week. But before he does that, he drops off one last (we think...it's only Monday) video with the visuals for his ode to freaky time "Back To Sleep." The explicit number is all about love in the late night hours, and for the the clip, Chris takes on the loverman persona to a T.

Most of the narrative of the video takes place between him and his lady love. After a phone call, he's at her place in the wee hours of the morning ready to get it on. Despite the time, she seems equally as game, greeting him in the skimpiest of unmentionables before they proceed to...umm...get down to it. But before things get a little too X-rated, we're relieved with scenes of the young casanova in a club setting wearing a white shirt and shades as he sings into an old school mic. It's all very mid-'90s R&B, with the Marvin Gaye sample kicking the nostalgia factor up a notch or five. Soon, though, we're back in the bedroom, where Chris is now shirtless and the twosome is getting closer than close. So close, in fact, that even a quick shower doesn't seem to cool things down between them.

Basically, if you were hoping to get an eyeful of Breezy, your wish has definitely been granted. Royalty is set to drop on Friday, December 18th. While you count down the hours until then, entertain yourself with the visuals for "Back To Sleep" below.