Faith Evans Reaches Back & Celebrates Her Debut Album With ‘Faith 20’ 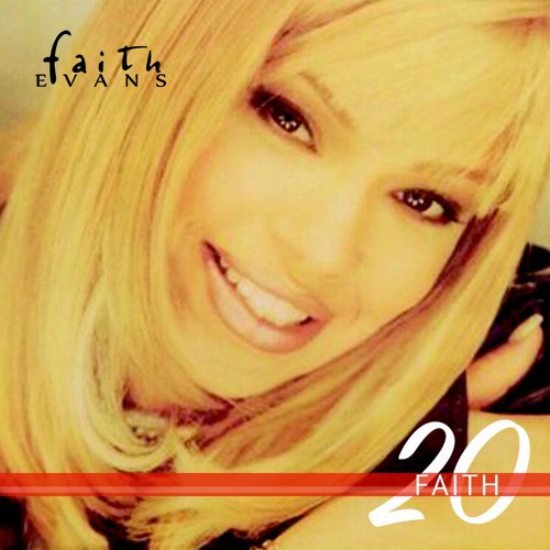 That Faith Evans is still snagging GRAMMY nominations 20 years after her recording debut is a testament to her talent and tenacity. The past two decades have been a roller coaster of joys/triumphs and sorrows/failures for the former First Lady of Bad Boy. And although it may have shaken her up a bit, she disembarked as a stronger artist, an accomplished businesswoman and an inspiration to both fans and peers. In other words, Faith "made it!" But rather than closing out the year with a focus on the aforementioned GRAMMY nod for "He Is" (from her 2014 project Incomparable), the R&B powerhouse pays homage to her humble beginnings with the EP Faith 20.

Solely comprised of remakes from her eponymous classic, the six-track album was a Christmas Day treat for Faithfuls and casual fans alike. We knew something great was coming after she teased us with a revamped "Fallin' In Love," and Faith does not disappoint on this musical jaunt through familiar territory.

Original producer Chucky Thompson puts his stamp on "Come Over," "Used to Love Me" and "Ain't Nobody," while J. Drew Sheard II, Lamar "MyGuysMars" Edwards and Patrick "Murphious" Murphy lend a hand for the remaining tracks. Despite the variety of contributors, the songs don't stray far from their original formula, a wise move that imbues the package with a nostalgic vibe. Yet meatier arrangements, interesting guest appearances (Joseline Hernandez, Prodigy of Mobb Deep, Daron Jones of 112, Kelly Price) and a more seasoned vocal from the songstress herself make it feel like a well-thought-out present instead of a hasty re-gift. While there are some puzzling omissions (How do we revisit Faith without touching "Soon As I Get Home" and "Reasons?!"), this entertaining retrospective is a fitting conclusion to an amazing year for Ms. Evans.